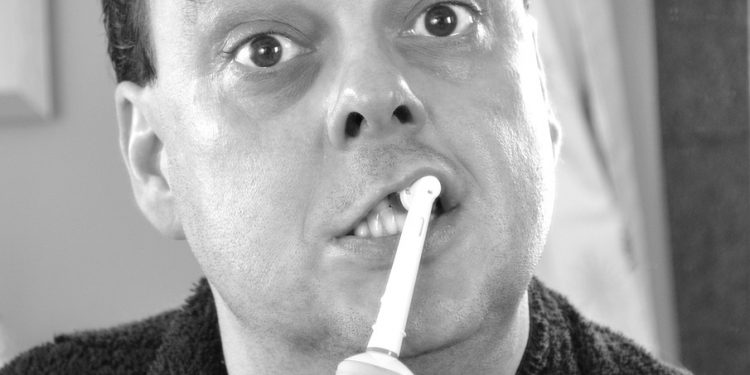 Why Do My Gums Bleed When I Brush My Teeth?

Do you want to know why gums sometimes bleed while brushing? Occasionally, your gums may bleed when you brush your teeth. This can be caused by a number of different factors. These include improper brushing technique and not flossing the teeth properly. Ideally, you should gently massage the area between your teeth and gums during brushing and flossing.

If you notice that your gums are bleeding when you brush them, it may be an early sign of gum disease. This is a good reason to see a dentist, who can help you get back on track with your oral health by improving your brushing and flossing techniques. They can also help you resolve any dental restoration issues that might be causing your gums to bleed.

Bleeding gums can be caused by various medical conditions. People with certain blood thinning medications are at higher risk of bleeding gums. Brushing and flossing at least twice a day can reduce the risk of gum disease. You should also visit the dentist for regular cleanings and checkups to check for other health conditions that can contribute to gum problems.

Bleeding gums while brushing teeth is common. This is caused by plaque buildup on the teeth and sensitive gums. Over time, this can lead to more serious dental problems, including gum disease.

Bleeding gums are caused by many things, and it is important to visit a dentist to diagnose any problem before it worsens. If your gums are swollen or painful, you may have an infection. Your dentist will check for any signs of infection and may also recommend a different treatment. Vitamin deficiencies and certain medical conditions can also contribute to bleeding gums.

Smoking is another cause of bleeding gums. The continuous stress you feel lowers your immune system, which breaks down the gum tissue. It is important to floss daily and visit your dentist regularly to maintain your oral health. If your bleeding gums are frequent or persistent, it may be a sign of a serious condition, such as gum disease.

People taking blood-thinning medications may also experience bleeding gums while brushing. These medications reduce the ability of the blood to clot, so it is important to talk to your doctor if you experience this symptom. If the bleeding is not severe, it will clear up on its own within a week. However, if the bleeding persists, it may be an early sign of gingivitis and should be treated as soon as possible.

Good oral hygiene is essential for healthy gums, and you should see a dentist if you have bleeding gums while brushing your teeth. If you notice a bleed, apply a piece of clean, damp gauze to the gums and press gently. If the bleeding persists, talk to your dentist about treatment options. If the bleeding is accompanied by swollen gums, apply a cool compress or ice cube to the affected area.

Bleeding gums when brushing your teeth is embarrassing, and can be a symptom of serious gum disease. However, this condition is not life-threatening and can be easily solved with a simple change in your daily routine. Brushing your teeth two times a day and flossing regularly can help improve your oral hygiene and stop bleeding gums.

A cold compress or ice pack on the bleeding gums can provide relief from the pain caused by gingivitis. While ice packs aren’t recommended for treating advanced gum disease, they can be used to help stop the bleeding and reduce the swelling. In addition to ice packs, mouthwash can be used to help treat bleeding gums. Mouthwashes containing antibacterial ingredients help to reduce the inflammation and kill bacteria. It’s important to keep a bottle of mouthwash nearby to prevent recurrent bleeding.

Some mouthwashes contain alcohol, which can cause gums to bleed when brush teeth. You can avoid this by using a mouthwash that does not contain alcohol. Alcohol irritates the gums and mouth tissue, and it also decreases saliva, which is necessary for the killing of oral bacteria. Bacteria thrive in a dry mouth, and they multiply very quickly and can cause gum disease.

To avoid this, you can try an antibacterial mouthwash that kills the bacteria that cause gum disease. However, you should avoid alcohol-based mouthwashes, as they dry out the mouth. You can also use a tongue cleaner or soft-bristled toothbrush to clean the tongue.

If you notice bleeding gums while brushing your teeth, you should visit your dentist. You should not have this problem every day, and it may be a sign of a more serious problem. If left untreated, bleeding gums can lead to tooth decay and infection, which can cause tooth loss. Visiting your dentist regularly is the best way to prevent and treat bleeding gums.

If this is a frequent occurrence, it may be a sign of infection. If it’s still in the early stages, you should visit a dentist. They will check for early signs of gum disease and other problems that might be causing bleeding gums. You may have a fever, swelling, or even gum inflammation. Your dentist will also check for vitamin deficiencies, pregnancy, and certain medical conditions.

If you are taking a blood thinner, you may experience bleeding gums when brushing your teeth. This can be a problem that you need to report to your dentist. In some cases, your bleeding can be controlled in the dental office. Before you undergo a dental procedure, be sure to discuss this problem with your dentist. They may advise you to temporarily stop taking your blood thinner.

Regardless of the cause, the condition can be serious if not treated. If your gums are bleedy for several hours at a time, it’s a good idea to notify your dentist immediately. Likewise, if the bleeding continues for more than 24 hours, it’s best to visit an emergency room.

Bleeding gums are caused by plaque buildup along the gumline. You need to regularly brush your teeth to combat plaque buildup. You should also floss to remove food and plaque that may be trapped between teeth. Brushing your teeth at least twice a day will prevent gingivitis and bleeding gums. If you’re on a blood thinner, you should inform your dentist about your condition and ask for advice on brushing and flossing your teeth. You may have to brush your teeth more gently than normal at first or use a lighter touch than normal.

Bleeding gums during pregnancy is an extremely common occurrence for many women. It can be terrifying to experience, especially during your first trimester. Fortunately, it is a common problem, and there are a few simple ways to treat it.

The first step is to make sure you are brushing your teeth at least twice a day. You should also avoid eating or drinking too much sugar or snacks. You should also get regular dental checkups. Although some pregnant women will skip their visits, it is important to schedule an appointment with your dentist as soon as possible.

A good dental checkup can detect periodontal disease early, which can reduce the risk of preterm delivery. A dentist can examine your gums and recommend the proper method to clean them. During your pregnancy, you also produce more hormones, which can loosen the bones that hold teeth in place.

You might also have a pregnancy tumor. This type of benign tumor can occur anywhere on your body, but most often shows up in the mouth. These can be painful, but are usually harmless. The condition will go away once the baby is born.

Bleeding gums are a symptom of gum disease, a systemic health issue. It is caused by bacteria that build up on the gum line. This bacteria damages the gums and supporting bone. Left untreated, bleeding gums can lead to gum recession and tooth loss.

Gum disease is a serious problem that affects almost half of all adults over the age of 30. It can cause pockets around the teeth, loose teeth, and changes in your bite. While the symptoms of gum disease may be subtle, it is important to visit your dentist for a check-up.

You can treat your gum disease with medications. These medicines are prescribed to help fight bacteria and prevent further damage. Oftentimes, these drugs can be taken by mouth or placed directly under the gums. However, more serious cases may require more extensive treatment, including surgery. In some cases, periodontal surgery is needed to repair damaged bone and gums.

Saying No to Someone With Borderline Personality Disorder

Saying No to Someone With Borderline Personality Disorder