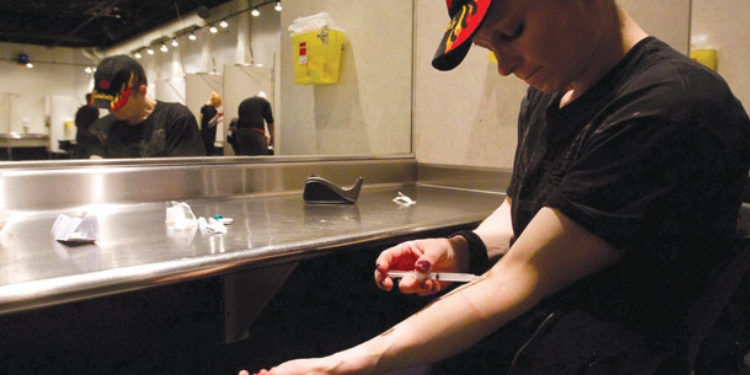 A sign of hope for Seattle and King County in their two-year-long effort to open a very taboo safe-injection site, although this seems like a huge victory there’s still no guarantee one will ever open with all the legal threats from the Trump administration and local oppositions.

Dec 6th, Washington state Supreme Court unanimously declined a proposed county initiative that would have allowed local voters to decide whether to ban public funding for safe-injection sites. According to the court, the initiative 27 infringed on the authority of the Metropolitan King County Council.

Justice Charles Johnson for the court wrote “While we do not question whether a different initiative could be used to set policy concerning (safe-injection) sites,” the current initiative interfered with the council’s budget-setting authority

Despite the rejection, Seattle leaders are expecting to open a safe-injection site next year. The site could be in the form of in a vehicle that could be parked outside public-health clinics or properties in the city, according to Seattle City Council member Teresa Mosqueda, chair of the council’s health committee. An email statement from Seattle Mayor Jenny Durkan cheered the ruling, called it the “right decision for Seattle.”

The main purpose of safe-injection sites to allow people to use clean drugs in a sanitary environment overseen by medical professionals. Canada and Europe already adopted the idea of safe-injection sites, opening them around the country. Many cities like Seattle, are in motion to open the first site in the U.S., battling the federal drug laws placed in America.

Advocates believe the site would reduce overdose deaths and increase the chances user will connect to treatment services, according to studies done at a Vancouver B.C., facility open since 2003. Research shows there were 260 opioid-involved deaths in King County last year, with fentanyl-related overdoses close behind.

Former Bothell Mayor Joshua Freed, argue that money and political spent on the sites could be better spent on drug treatment and that the sites amount to government-sponsored drug use.

Back in August The U.S. Attorney in Seattle, Annette Hays said that the crisis of fentanyl, a deadly synthetic opioid, led the federal government to believe that safe-injection sites were not the best way to handle the problem.

Despite the 69,000 signatures of King County voters collected last year during the -27 campaign, the Protect Public Health, a group of public-health experts and people who have lost loved ones to overdose, sued to keep the initiative off the 2018 ballot.

Opening the nations first safe-injection site became reality in 2017 after King County Executive Dow Constantine and then-Seattle Mayor Ed Murray endorsed a recommendation from a task force on heroin and opiate addiction to open two pilot sites, one in Seattle and the second somewhere else in the county.

Finding the second site has proven to be a difficult task, with Bellevue, Kent, Renton, Auburn and Federal Way banning them. Talk of using a mobile van as a mobile site at unspecific locations, however, stressed they would not enter any community without having a conversation with the locals.

Seattle City Councilmember Teresa Mosqueda said, “when we don’t have these overdose-prevention sites, the reality is that our libraries, our parks, our neighborhoods, they’re already being used as injection sites,” she added, “no one wants to find a needle or come across someone who’s overdosed … We need all avenues of intervention.”

In the end, The Seattle City Council recommitted to funding a site in the 2019 budget, along with $1.4 million for one-time funding. According to Public Health – Seattle & King County, the county has around $1 million in funds to support the nations first site in Seattle.