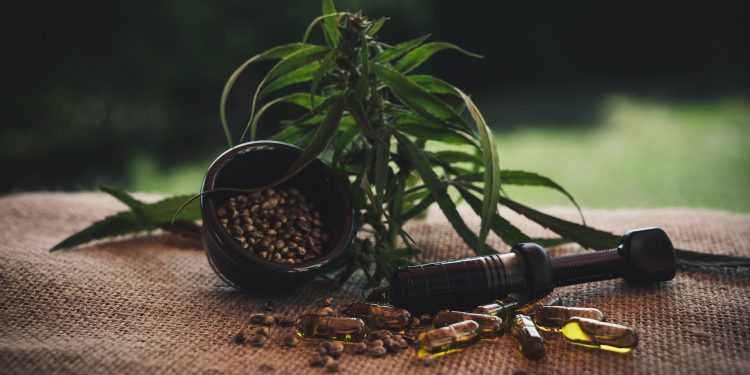 The research of marijuana and cannabinoid receptors has been a restricted area in science. With the new technology and new legalization laws scientist have begun to explore the magical world of cannabinoid receptors. These findings could lead to medical advancements that could change humans forever.

After the U.S government finally removed its harsh restrictions, experts began to research possible medical uses for cannabis. They explored whole dimensions of human biochemistry that had existed before, however, pushed into the shadows. The discovery of the endocannabinoid system in 1990 changed the way scientists looked at marijuana. The research proved that the cannabinoid system is a vital component of the central nervous system. It plays a significant role in almost everything like cognitive processes, pain sensation, appetite regulation, and physical activity.

Since the discovery, it has opened a window to the unknown and the unwanted for some. Due to the importance of the endocannabinoid system, it warrants extensive government-funded research. Many experts claim the discovery was like when Europe discovered America. Unlike the discovery of gold and tobacco, the endocannabinoid system promises new treatments or cures for cancer, auto-immune disorders, and depression. This system could be the human’s fountain of youth if it is studied correctly.

As of now, the popular endocannabinoid system receptors are known as the CB1 and CB2. The two modules are protein molecules that receive chemical signs from the outside cell. For example, they are the cables in the back of the TV that is controlled by a point of a remote. The signals will sit dormant until they receive a sign. For decades due to the restricted research, CB1 and CB2 stood alone. However, now experts have announced they have located an additional receptor. A molecule that could crack the code for many untreatable conditions.

The new receptor is being called the GPR55 but may soon be known as CB3. GPR55 was first discovered in 1999 in several parts of the brain like the hippocampus, cerebellum, thalamus and more. However, newer studies have found that the receptor also hides in other parts of the body, like the spleen, gastrointestinal tract, and adrenal glands.

The scientist also confirms it is present in Cancer Cells. This new molecule is drastically different from CB1 and CB2, sharing less than 15 percent of its amino acidy identify with either.

This also means that the new CB3 found all over your brain and in multiple other vital organs is operating a new and different way than scientists once that. For example, it would be like finding new nerves in the toe that do not respend the same as the ones in your fingers do. Instead of physical objects, they can sense magnetic fields and objects.

The presence of GPR55 in cancer cells may seem like something to worry about at first. Scientists say it is exciting. Since the exact functions of GPR55 are still unknown, experts hope they can pinpoint the real reason it is present. This could possess more insight on how cancer spreads and how to stop it.

The theories floating around about the makeup of CB3 Are that the body may have the strength to transform one kind of cannabinoid into another. If this is true, CB3 could be used to engineer a change-resistance type of cannabinoid that would slow the growth of tumors.

More research is being done; however, the potential benefits CB3 has for humankind could change medicine for good.