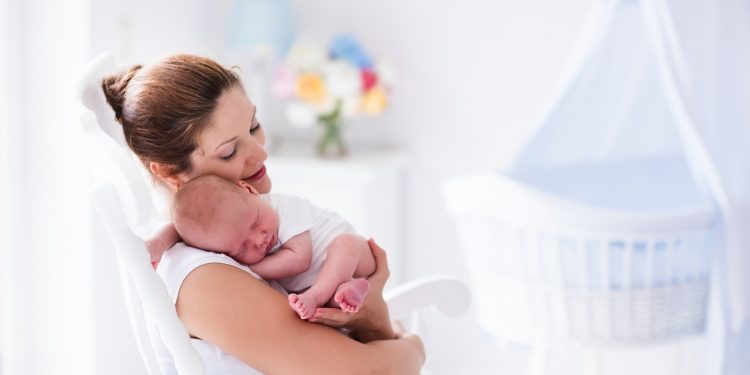 Over the last 20 years, we have accumulated data to support the use of many different antidepressants during pregnancy, including serotonin reuptake inhibitors and the tricyclic antidepressants. In this post, we review the most recent data on the reproductive safety of and bupropion (Wellbutrin), summarized in two recent reviews from Hendrick and colleagues (2017) and Turner and colleagues (2019).

In the medical literature, there is a total of six studies examining the rate of birth defects in children exposed prenatally to bupropion.  Three of the studies were prospective, and three were retrospective.  In these studies, bupropion was used for the treatment of depression or for smoking cessation.

Prospective studies tended to be small, including 118 and 136 exposures. The largest of these studies included data from the Bupropion Pregnancy Registry which reported the outcomes of 675 pregnancies with first-trimester bupropion exposure. The rate of birth defects was 3.6%, which is comparable to rates observed in the general population rate.

The first of the four retrospective studies (Cole et al, 2007) used prescription claims data from a large managed care database (United Healthcare) over a period of ten years.  Comparing infants whose mothers received prescriptions for other antidepressants during the first trimester (n=4743) to  infants whose mothers received treatment with bupropion in the first trimester (n = 1,213), the researchers did not find evidence of teratogenic risk.  Rates for congenital malformations were 2.31% in infants with bupropion exposure and 2.32% in infants exposed to other antidepressants. Rates of cardiovascular malformations were also similar in the two groups (1.07% for bupropion and 1.08% for other antidepressants.)

Concerns regarding risk for cardiovascular malformations emerged when a large retrospective case-control study (Alwan et al, 2010) reported on 6,823 infants with cardiovascular malformations and compared them to 5,869 infants without major malformations. The study reported that infants with one type of cardiac malformation, left outflow tract heart defects, were more likely to have had prenatal exposure to bupropion than control infants (adjusted odds ratio of 2.6).  It is important to note that the number of exposed children with this defect was very small (n = 10), and under these circumstances, case-control studies often overestimate the magnitude of the risk.  Furthermore, the study could not control for confounding by indication (depression vs. smoking cessation).

A subsequent study from Louik and colleagues (2014) also looked specifically at the risk of cardiovascular defects. This case-control study found no increase in risk for left outflow tract defects, but did observe an increased risk in another type of cardiovascular malformation, ventricular septal defects (odds ratio of 1.6), among infants exposed to bupropion in the first trimester.  Interestingly, this risk was only observed when bupropion was used alone;  when bupropion was combined with other antidepressants (SSRIs, venlafaxine, trazodone, and TCAs), there was no association with ventricular septal defects. This finding may indicate confounding by indication; one would suspect that women taking bupropion with an antidepressant are less likely to be smokers than women taking bupropion alone.

Looking again at the risk of cardiovascular malformations, Thyagarajan and colleagues independently reexamined the data from the United Healthcare database and, using a different classification system, was better able to identify isolated cardiac malformations.  In this analysis, they reported an elevated risk of left ventricular outflow tract obstructions in infants with first-trimester exposure to bupropion.  They estimated a risk of approximately 2.8 per 1,000 pregnancies compared to 0.7 per 1000 pregnancies in infants exposed to other antidepressants (odds ratio of 4).

Finally, a meta-analysis performed by Turner and colleagues included a total of 3376 infants with prenatal exposure to bupropion (from the above mentioned studies) and estimated the overall risk of major malformations to be 1.0%.  In their report, they did not calculate the risk of malformations in unexposed controls, nor did they calculate risk of cardiovascular malformations; however the 1.0% risk is well below the 3% to 4% observed in the general population absent any exposure.

Data on the reproductive safety of bupropion are generally reassuring but are more limited than the data we have for the serotonin reuptake inhibitors.   While no studies have observed an overall increase in risk for malformations, three studies found an increase in the rate of cardiovascular defects, in particular, left ventricular outflow obstructions. Three studies observed no increase in risk for cardiac malformations, although two of these studies were under-powered.

Whale we cannot totally rule out the possibility that bupropion exposure may be associated with certain cardiovascular malformations, it is important to consider absolute risk. The elevated risk of left ventricular outflow obstructions, if real, has been estimated to be 2 to 3 times higher than expected. Thus, the absolute risk remains small at 2.1-2.8 per 1,000 births. As with all psychotropic medications, a risk-benefit consideration that includes the risks of untreated psychiatric illness during pregnancy should help guide this decision.