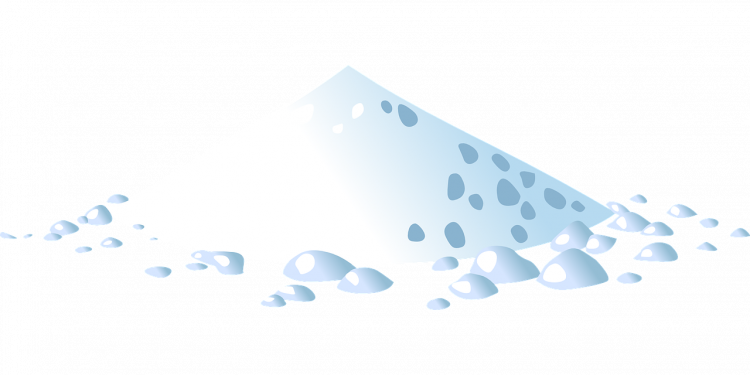 If you’ve ever wondered what cocaine smells like, you’re not alone. Some people say it smells like gasoline, paint, or “electricity” while others say it smells earthy or salty. Despite all these descriptions, no one has managed to pinpoint the exact smell of pure cocaine. It can be difficult to define what it smells like, but people who’ve used the drug have tried.

Cocaine comes in several forms, but most people associate it with a white powdery substance. However, it can also come in a rock-like form. Its smell varies depending on its form. Knowing how to tell the difference between the two is an important first step in staying safe when using this drug.

Crack cocaine is the most common form of cocaine, and it is typically made by mixing powdered cocaine with baking soda or water and then heating it until a solid rock forms. Crack cocaine is very pungent and can smell like chemical products and burnt plastic. Crack cocaine is a crystalline form of cocaine that is smoked using a pipe. It is significantly more addictive than regular cocaine and can cause physical dependence after only one use.

Although cocaine’s smell depends on how it is used, it generally has a chemical or floral aroma. The chemical process that creates the drug makes it difficult to detect with the human nose. Because of this, crack cocaine and powder cocaine may smell like burning plastic or common cleaning solvents. If you suspect that someone you know is using cocaine, watch for signs of addiction.

Because cocaine comes in several forms, its smell can differ significantly. The powder form tends to have a stronger smell than the liquid form. It can even contain notes of ammonia or kerosene. However, the purity of the drug has a significant effect on the way cocaine smells.

Crack cocaine, on the other hand, tends to smell like burning rubber or plastic when smoked. Its taste is bitter, and the bitterness is proportionate to its potency. Many people will sniff cocaine before taking it, or rub their gums with it to get a numbing effect.

The smell of powder cocaine varies depending on the substance it is cut with, as well as the process of processing it. Some cocaine may smell like gasoline or a metallic odor. Although the smell is not always immediately recognizable, it can lead to accidental use. If you smell cocaine before ingesting it, you should use caution to avoid any unpleasant reactions.

The most common method of using cocaine is by snorting the substance, which produces a rush when mucous membranes line the nose. However, smelling cocaine after it has been snorted does not necessarily mean that you have been consuming it, and it is therefore difficult to identify its smell. Some people have reported that cocaine smells like gasoline, paint, and electricity. However, these smells are more recognizable when the substance is smoked than ingested.

Powder cocaine can also be made into liquid form, which is usually made by dissolving the powder into water. The liquid form has a milder smell, though it may also smell like ammonia or kerosene. The purity of the cocaine also affects its smell. If the substance is made into a crystalline form, it may have a distinctly different odor.

If you cannot smell the substance, it is not cocaine. Instead, you should look at the surrounding area and the way in which it is stored. The powder form is usually sold in small, hidden bags. This is because it is expensive and can cost a lot to lose. Another thing to consider is that many other substances, including food, can be converted into powder and confused as cocaine.

If you notice a powder cocaine odor, you should consult a doctor. It could be an indication that you are being abused. The drug is extremely addictive, and it can lead to dependence and addiction. It can also lead to dangerous overdoses. So, make sure you can identify it before it kills you.

Liquid Cocaine Is Not a Manufactured or Synthesized Drug

Liquid cocaine is the final result of dissolving powdered cocaine in water. Its smell is slightly less potent than the powdered drug and may have ammonia or kerosene notes. The purity of the drug plays a large part in determining the smell of liquid cocaine.

Cocaine is available in two chemical forms: the hydrochloride salt and the freebase form. The hydrochloride salt is dissolved in water and can be injected or taken intravenously. The freebase form is smokable and can be injected or used orally. Both forms of cocaine are sold on the street, but the street dealers generally dilute the drug with other stimulants or inert substances.

Symptoms of Cocaine Use

Cocaine use causes a variety of physical and psychological symptoms. Some of these occur immediately, while others develop over a period of time. Both short-term and long-term symptoms are serious and can be life-threatening. Cocaine users can experience heart palpitations, decreased appetite, anxiety, restlessness, and tremors.

People who snort cocaine may experience runny noses, frequent nosebleeds, or nose bleeds. They may also develop a chronic cold or sinus infection. The symptoms become more severe the longer someone uses cocaine. As a result, they will need more of the drug to achieve the same effect. This will only lead to more problems, including a higher risk of heart attacks and other severe conditions.

Cocaine’s effects can last up to half an hour. Smoking, injecting, or snorting can produce a fast high. When ingested through the mouth, cocaine produces a longer-lasting but weaker high. The user is likely to become physically and mentally restless, talk incessantly, and become hyperactive. They will lose focus and may have trouble concentrating.

Cocaine use may also cause burn marks on the lips and hands. It may also cause cracks on the skin, and it may cause a person to feel anxious or irritable. The user may also become less social and may stop engaging in activities that they used to enjoy. It can also cause the person to miss work and school, and they may have trouble staying focused.

If a loved one is exhibiting signs of cocaine use, it is important to get help as soon as possible. Fortunately, there are many treatment options available for cocaine addiction. A healthcare provider can help patients choose the best option for them based on their specific situation and symptoms. Some options may be offered in a hospital, outpatient facility, or drug rehabilitation center.

Chronic use of cocaine can lead to long-term health consequences. It can lead to a heightened risk of heart disease, stroke, and lung damage. It can even lead to seizures. Moreover, it can damage the nasal cavity.

If you or someone you love is struggling from substance abuse The Recover offers a list of addiction treatment centers that offer recovery programs.