by The Recover
in general, Mental Health, Resources, Treatment
0 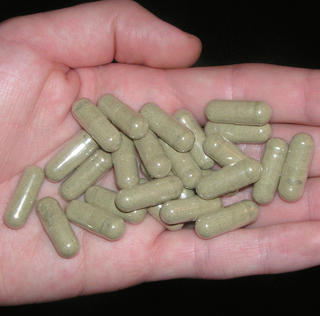 Kratom is a natural herb native to Thailand, Malaysia and other South Asian Countries. The leaves extracts are used as a stimulant and sedative. It’s been used for treating chronic pain, digestive issues and an aid for withdrawals from opium dependence. The main active ingredients of kratom are the alkaloids mitragynine and 7-hydroxymitragynine. There is evidence that these alkaloids can have analgesic (pain relieving), anti-inflammatory, or muscle relaxant effects. For this reason, kratom is often used to ease symptoms of fibromyalgia. Its leaves are dried and fortified into powders and then put into pill form. In the US, it is brewed as a tea for self-managing pain and opioid withdrawal.

The herb hasn’t been studied in depth, so it hasn’t been officially recommended for medical use, clinical studies are important for the development of new drugs, especially when they are marketed for aiding to opioid withdrawal. Studies would help identify the consistently harmful effects and interactions with other drugs. They also help show which dosages are effective but not dangerous.

There are many names for Kratom being sold on the market. But for opiate and heroin withdrawal, Red Vein Kratom is preferred over all others for heroin and opiate withdrawals due to its sedative, pain relieving and withdrawals relieving effects. However, all Kratom types of leaves relieve opiate withdrawal effects to some degree or another since they all work on the opioid receptors in the brain.

Red-Veined Borneo Kratom, sometimes called Red Indo Kratom, comes from the island of Borneo and is used more as a sedative, for pain relief, pain management and for opiate and heroin withdrawal. Red-Veined Kratom would be best for heroin withdrawal and for anxiety relief as well.

Maeng da Kratom is one of the most potent strains of kratom on the market and is mainly used for its stimulating effects rather than for relaxing and can last for about 3 hours long. It is very euphoric and is well liked for its energizing effects. Maeng Da Kratom leaves are pointed and is a more alkaloid-rich leaf. Maeng Da, translated to mean “Pimp Grade”, is believed to be a genetically modified variant of Thai Kratom.

Thai kratom is known for its energizing effects and as a sexual stimulant as well. It lasts for about 4-8 hours long. And Thai Kratom is reported to be more energizing than “Bali” Kratom yet less euphoric. Mitragyna Speciosa trees were banned in Thailand in 1943 so they are grown in other countries instead such as Malaysia and Indonesia.

Malay kratom is known for its’ strong euphoric and gently energizing effects as well. It becomes relaxing and sedative at higher dosages. Malay is also known for its long lasting effects, which can last for up to 8 hours long. Malay kratom is not however more widely used by many kratom users.

Green-Veined Borneo kratom is also found in Borneo and Sumatra as well. Green-veined Borneo has a high alkaloid level similar to Maeng Da kratom. And this strain of kratom is also very popular due to its balanced level of alkaloids which produces effects that are both relaxing and slightly stimulating at the same time with light waves of euphoria.

There are many names for Kratom, but any type of Kratom is supposed to ease heroin and opioid withdrawals, but the Red-Veined Borneo Kratom is recommended most for opioid specific use.

Kratom contains 25 alkaloids, almost as many alkaloids as opium and hallucinogenic mushrooms. Alkaloids’ strong effects on the human body are seen as positive, but others can cause concern. Results from one study confirmed there are addictive properties of mitragynine, a major psychoactive alkaloid of kratom. Mitragynine is an opioid agonist, which means that it has an attraction towards the opioid receptors in the brain. And these opioid receptors are able to influence your mood, pain levels and anxiety levels as well. Kratom is not void of it’s own dependence issues, and its side effects cause nausea, sweating, tremors, sleep loss and hallucinations.

Mitragynine binds to the receptors and helps improve mood while giving the feeling of euphoria, the way heroine does. The high however is not the same, the difference between kratom and opiates is that heroin prefers mu opioid receptors and kratom prefers delta opioid receptors.

At higher doses however, kratom increasingly stimulates mu opioid receptors in the brain. And this is most likely why kratom has a stimulating effect at lower doses and a narcotic effect at higher doses. This may also be the reason why kratom is not as addictive as heroin and other opiate drugs are, although kratom can become mildly addictive as well after continual daily usage.

Without the research necessary, a lot of things remain unknown and it is important to do the research before taking Kratom, just with any other drug. The side effects are severe enough to have prompted calls to the CDC and there have been over 36 reported deaths due to Kratom.

It’s not regulated, and the FDA does not monitor the safety or purity of herbs. As such there is no established standard for safely producing the drug. Unfortunately, its stimulant and sedative effects can be abused and is a concern for the USDA. It is being held at the US borders pending a USDA Scheduling decision. One crucial issue that may have prompted the harsh FDA safety warning about kratom has to do with the ongoing opioid epidemic, which is claiming tens of thousands of lives every year in America. Kratom has been promoted as both a healing cure for opioid addiction as well as a drug to be added on to existing opioids to enhance the euphoric high (it’s also used purely recreationally by some people).

Tags: Does Kratom Get You HighFDA and KratomKratom Uses
Previous Post