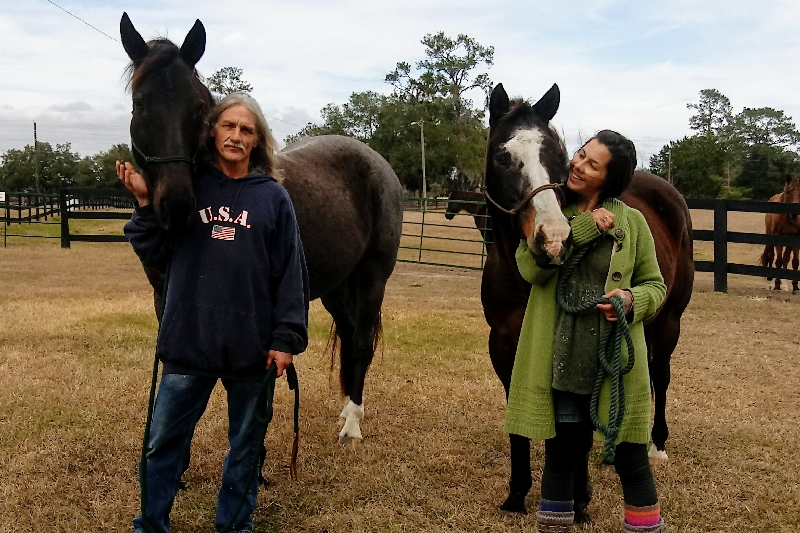 When Officer Holets came upon a pregnant and homeless Crystal Champ and Tom Key using heroin behind a gas station in September of last year, he had no idea what that encounter would lead to. Within three weeks of that meeting he was a parent for the 5th time, and the second time in less than 12 months. He named that Baby Hope, and then he helped her parents get a second chance too.

The officials in Albuquerque labeled his acts “selfless” when the officer showed the couple and their unborn baby mercy. Instead of arresting them, Officer Holets worked to find treatment for them, and then offered to adopt their baby.

He set up a GoFundMe that raised almost $24,000 for the couple’s housing after finishing their rehabilitation. In addition, Champ and Key also received a scholarship to enter the live-in rehabilitation center.

Nationwide and Presidentially recognized Albuquerque Officer Holets gave an update about his newly adopted Baby Hope and her birth parents. According to Holets, The couple and babies birth parents are approaching 90 days of sobriety.

“So amazed at the challenges they have overcome to get where they are,” said Holets, who started a GoFundMe campaign to raise money for the couple. “Thank you to everyone who has helped.”

Just a few months ago, President Trump honored the couple who adopted heroin addicted Baby Hope for stepping up and intercepting the child caught in the middle of the crushing epidemic facing every state in the country.

Holets has told in interviews how his family has grown in more than one way.

“I’ve also kind of adopted Tom and Crystal as my brother and sister, so yeah I’ve grown my family quite substantially,”

New Mexico has an estimated 5% of its babies born addicted to opioids, causing hospitals to be overwhelmed and law enforcement and social workers to be overworked.

Proof that compassion and empathy over punishment and shame may be the way to cure this horrible disease.

Best Drug Rehabs Near Me

Best Drug Rehabs Near Me