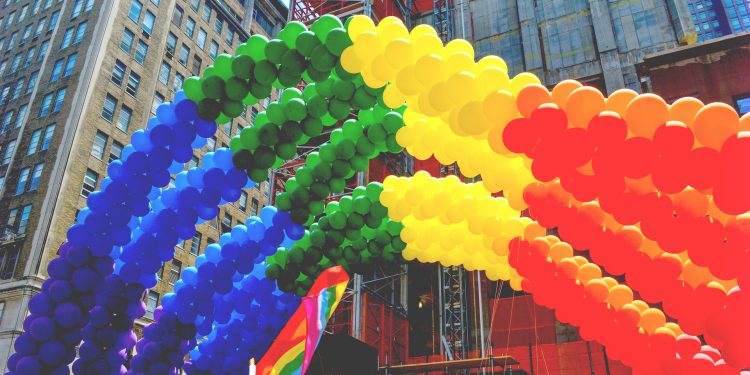 The end of pride month is here; however, New York already known for its major pride festivities is throwing the first every World Pride, which is expecting to draw crowds from around the globe.

The city has been planning to host the most significant LGBTQ celebration in the world and is the first time Worldpride is being held in the United States. The event is also taking place during the 50th anniversary of the Stonewall riots, acknowledged as the catalyst for the modern gay rights movement.

Hundreds to thousands of people will take to the city’s streets Sunday the last day of June that will pass by the Stonewall Inn, the site of the 1969 uprising that saw the LGBTQ community fight back against NYPD officers who were known to routinely raided the bar located in Greenwich Village.

Usually, the city’s annual pride parade will draw in large crowds, but this year organizers expect 115,000 people to attend along with heavy police presence.

“The LGBTQ community is an essential part of NYC,” New York Police Department Commissioner James O’Neill announced during a news conference on Tuesday. He added, “and during #PrideMonth2019, it’s the NYPD’s mission—as it is for every large event held in our great city throughout the year—to ensure that everyone can enjoy the festivities safely, free from violence & intolerance.”

Sunday is the last day of a wild month filled with events that included a rally commemorating Stonewall 50, Youth Pride and Pride Island, a three-day outdoor music festival, which got shut down due to bad weather.

According to last years march in New York City, they offered more than 550 groups and more than 100 floats, although that number is expected to be the biggest they have ever seen this year. Many of the participation is coming from community organizations, corporate sponsors, political candidates, activists, and other sponsors.

Some of The grand marshals at this year’s WorldPrid are The Trevor Project, a nonprofit organization concentrated on suicide prevention and crisis intervention for LGBTQ youth, and the Gay Liberation Front, along with the original warriors for LGBTQ rights which first organized following the Stonewall riots. The march will begin at noon, starting from Madison Square Garden.