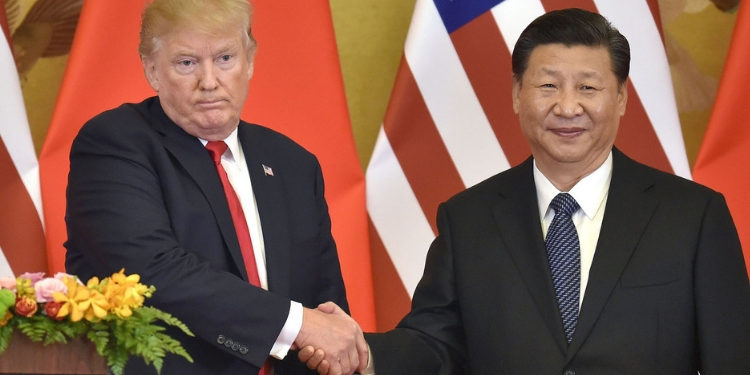 After the multiple discussions held Saturday between the US President Donald Trump and Chinese President Xi Jinping in Bueno Aires, Argentina, China has agreed to reclassify fentanyl as a “controlled substance.”

A “wonderful humanitarian gesture,” described by the White House

According to a statement given by China’s Foreign Ministry said China has “decided to schedule the entire category of fentanyl-type substances as controlled substances, and start the process of revising relevant laws and regulations.”

The white house released a statement saying China and the United States have, “agreed to take active measures to strengthen cooperation on law enforcement and narcotics control,” including the control of fentanyl-type substances, it said. The new designation for the synthetic opioid drug means people in China who sell fentanyl to the US “will be subject to China’s maximum penalty under the law.”

A dinner meeting was held Saturday between Trump and Xi away from the G20 summit in Buenos Aires. A breakthrough result from the meeting was fentanyl’s new designation. Which included Us agreeing to maintain the 10% tariffs on $200 billion worth of Chinese goods, instead of raising them to 25%.

The US Centers for Disease Control and Prevention claims, 5,500 people died of synthetic opioid overdoses in 2014, most of them related to fentanyl. That’s an 80% increase over the number of deaths reported in 2013.  A national alert was released last year by the Drug Enforcement Administration states that “drug incidents and overdoses related to fentanyl are occurring at an alarming rate.” According to records in 2013, the Drug Enforcement Administration made 942 fentanyl seizures; in 2014, it made 3,344.

Trump tweeted in August claiming Chinese suppliers are fueling America’s opioid crisis. The tweet stated, “ It is outrageous that Poisonous Synthetic Heroin Fentanyl comes pouring into the U.S. Postal System from China. We can, and must, END THIS NOW! The Senate should pass the STOP ACT — and firmly STOP this poison from killing our children and destroying our country. No more delay!”

During a press conference, Yu Haibin, a senior official with China’s National Narcotics Control Commission said Trump’s comments at the time were, “unacceptable” and “irresponsible”.He also said “The United States has no proof that most fentanyl in the country comes from China,” adding, “It’s highly irresponsible to draw such a conclusion based on some individual cases.”

The accusations stemmed from officers in Washington believing China to be the Primary source of fentanyl found within US borders, this coming after a 2017 US Congressional report citing law enforcement and drug investigators.  Last year the President declared the opioid crisis a public health emergency in the United States bringing up the issue with Xi during their first meeting in November 2017 held over in Beijing.