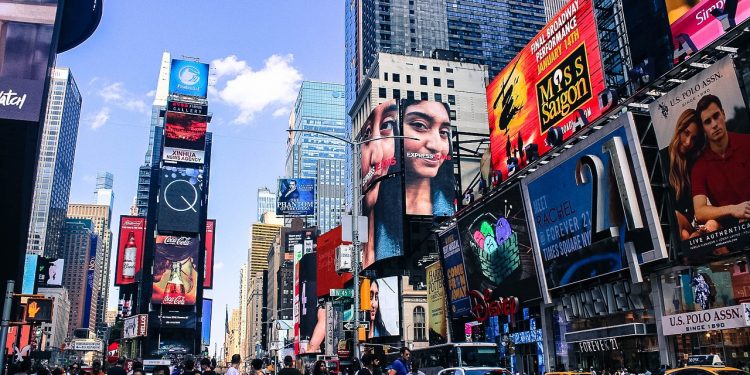 The city of New York has banned alcohol advertising on city property, due to the health risk associated with heavy consumption.

“This order banning alcohol ads from City property reaffirms our commitment to health equity and our stand to protect the well-being of all New Yorkers,” New York City Mayor Bill de Blasio, a Democrat, announced Tuesday.

This ban applies to bus shelters, newsstands, WI-FI, and recycling kiosk and will take effect immediately. Venues that are allowed to sell also such as stadiums, concert events, and restaurants are excluded from the ban.

The ads that are up at the moment will be allowed to remain until their marketing contracts end. The city officials cited recent studies that suggest that exposure to alcohol ads can lead people to want to drink or drink more.

“In New York City, we see far too many deaths related to alcohol,” announced Health Commissioner Dr. Oxiris Barbot. “We know exposure to alcohol advertising can lead to drinking more alcohol, more often—behavior that can be harmful and even fatal. Today’s ban on alcohol ads on city property will help protect communities from the burden of harmful alcohol advertising.”

Dr. Herminia Palacio, the deputy mayor for health and human services, claims that advertising can affect how much people drink also have a significant impact on the ages someone starts drinking.

A company known as Distilled Spirits Council referred to the ban as “misguided and unsupported by the scientific research.” The companies vice president, Jay Hibbard, continued by saying, “The research is clear – parents and other adults are the most influential factors in a youth’s decision whether or not to drink alcohol, not advertising. ”

According to the city health department, there were over 110,000 alcohol-related visits to New Your Cities ER’s in 2016. Including 2,000 New Yorkers who died because of an alcohol-related crash, adding the risk of liver disease.

New York is not alone in its move to ban alcohol-related advertisement. Other U.S cities including Philadelphia, San Francisco, and Los Angeles have also considered the same direction.

Majority of city officials say they do not believe they will lose any ad revenue. Mainly because only 3% of the city ad space is assigned to alcohol and they claim those slots will be filled quickly with other ads.

According to studies young people who drink are also more vulnerable to the impact of advertisements than adults, with 15- to 20-year-olds having the highest risk.

“Too many people in our city struggle with excessive drinking, and irresponsible advertisements for alcohol make the problem worse – especially when they target communities of color,” said First Lady Chirlane McCray. ”Today, New York City is taking a stand to protect the health and well-being of all of our communities.”