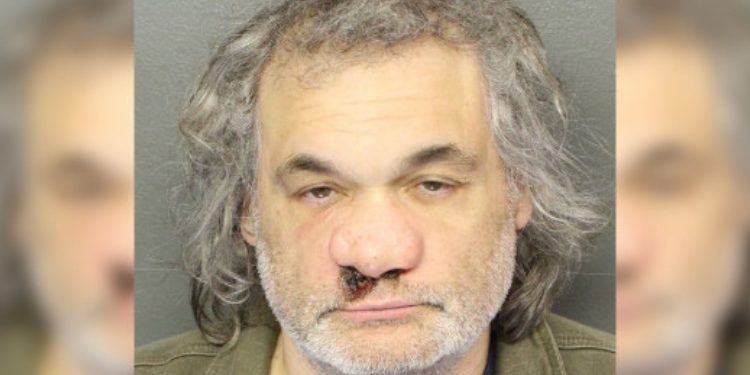 The notorious cocaine-filled comedian Artie Lange has been struggling for years to cope and handle his addiction. Just recently he was center stage due to his tweet that shared an image of the stars deformed nose which he contributes to decades of drugs use and a heroin accident.

Artie since then has been in and out of rehabs under court orders however on Wednesday his team tweeted that he has been re-admitted to long-term drug rehab in New Jersey. Although with further investigation reports state that he has been arrested that day for drugs.

Thursday morning the comedian remained in Essex County, N.J. jail, for his arrest for possession of a controlled substance.

His team tweeted a statement that he was seeking help for his drug addiction. They wrote, “Excuse any show advertisements. Starting today, Artie will be undergoing a long term treatment program, he loves and respects his fans… updates are coming soon.. and it’s time – TeamLange.”

In December the comedian had been ordered to appear in a New Jersey court after he tested positive for cocaine-yet was spared jail time for violating his probation- Lange is serving four years’ probation for heroin possession and was ordered to attended drug court during his last appearance at state Superior Court in Newark.

During his court appearance, he announced, “I wouldn’t be arrogant enough to come in here after using cocaine for two days. It’s in my system, and it shouldn’t be.”

Just a few weeks ago the comedian claimed in an interview for the “Are We Still Talking About This?” podcast, Lange, 51, claimed that about a year ago, he was knocked out and became the primary target of a kidnapping attempt by someone who worked for a bookie he owed $62,000.

According to Lang, when the 19-year-old man came to collect the money, the man struck him in the face, then put him in his van and demanded $100,000. The blow is what put the final damages to his already deflated nose.

However, the comedian took to tweeter once more to clarify his comments saying, “I was not kidnapped,” Lange tweeted. “I had an altercation with someone that lasted a couple of hours tops. It has been solved and forgotten. Everyone involved is fine. I got punched. Happens sometimes.”