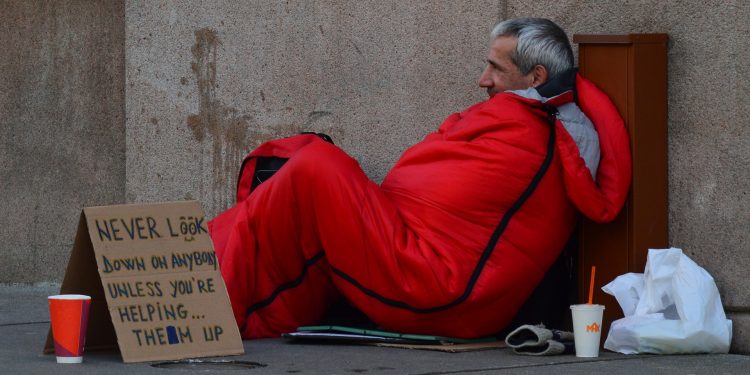 As constant negativity flows through our news feeds, a little glimpse of hope comes for people struggling the most during this corona pandemic. The thought of sleeping on infected streets with no food or shelter, in a stay at home order, is a reality to over 60,000 people in America. But, as of Friday, California Governor Gavin Newsom announced an initiative to house homeless people in the state’s hotel and motel rooms in partnership with the Federal Emergency Management Agency (FEMA).

FEMA and California counties so far cataloged 6,867 rooms in state possession, and they’re looking to identify up to 15,000 places in total as an initial goal. Offices and other surrounding areas have also been up for discussion.

“Project Roomkey” initiative is the first of its kind in the country, in which the government would reimburse state and local counties up to 75 percent of the rooms’ costs. This would include services such as meals and security and custodial services for the next three months. The local governments and community partners will also be provided essential behavioral health and health care services as needed.

The agreements grant for extensions exceeding the three months.

“Homeless Californians are incredibly vulnerable to COVID-19 and often have no option to self-isolate or social distance,” Newsom announced in a news conference Friday.

“By helping the most vulnerable homeless people off the street and into isolation, California can slow the spread of COVID-19 through homeless populations, lower the number of people infected and protect critical health care resources.”

Not only are the homeless populations struggling, almost half the people in the United States feel the coronavirus crisis is hurting their mental health. According to a survey published Thursday, demonstrates how the COVID-19 pandemic has intensified into a nationwide psychological trauma

Kaiser Family Foundation tracking poll, which was carried out on March 25 to 30, found that 45 percent of adults say the pandemic has influenced their mental health, and 19 percent say it has had a “major impact.” The rates are slightly more distinguished among women, Hispanic adults, and black adults, the survey discovered.

However, the poll makes one thing clear: If you’re scared, anxious, depressed, struggling to sleep, or just on edge, you’re not alone.

“We had several counties in the last days that have reported incidences of positive test results [among the homeless] in counties large and small, including San Francisco, but other counties in L.A. that have shown at least a dozen, in fact, 14 in our last count. By the way, that’s an undercount we know. That’s just what has been reported to us,” Newsom announced.

Newsom announced Chef José Andrés’ World Central Kitchen would be providing meals to some of the homeless people relocated to hotels.

The hope in California is only going to increase if people stick to the stay at home orders, and the homeless are popularly placed.

Health department director Dr. Barbara Ferrer announced on Friday that the county expects 1,000 new cases or more per day as it reaches its goal of testing 10,000 people a day.