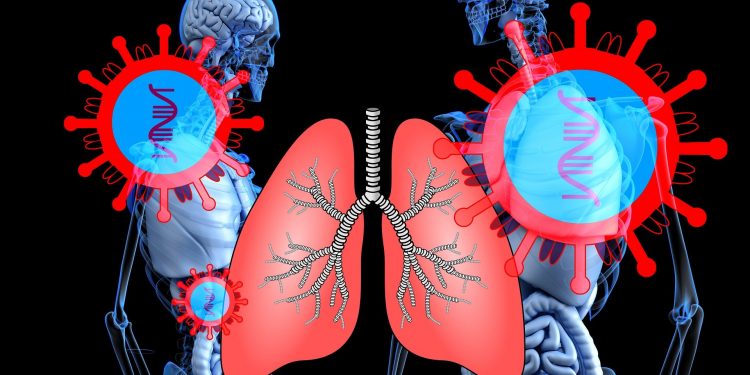 During a state of panic and fear, the last thing people want to think about is getting sick while taking drugs. However, being aware may be the difference between life and death. There is a long-recognized relationship between addictive drugs and increased levels of infections, which brings to the spotlight how the contagious virus will effect party goers.

Around 5% to 20% of the world’s population comes down with the flu every year! During the severe 2017-2018 flu season one of the most dangerous in recent years, estimates show that more than 900,000 people were hospitalized and an over 80,000 people died from flu

Recent studies regarding the effects of opiates or marijuana on the immune system have demonstrated that they are receptor-mediated, occurring both directly via specific receptors on immune cells and indirectly through similar receptors on cells of the nervous system.

As of now, the U.S. health care system is preparing for possible outbreaks of the new coronavirus, after the Centers for Disease Control and Prevention warned communities this week to expect the kind of spread now being seen in Iran, Italy, South Korea and other areas outside the virus’ epicenter in China.

However, at this time, CDC notes there are only 15 confirmed cases of the coronavirus in the United States, in addition to 45 more cases among Americans who were brought home from the Diamond Princess cruise ship or the flights from Asia arranged by the U.S. State Department. Almost all of the evidence in the U.S. are travel-related; no signs, so far, that the virus has spread more now than that.

In LA alone, the homeless population is some of the largest in the world centralized all within just a miles span. This span of tents trashed tents and needles that lay in the streets as Mercedez’s drive over making their way to some of the most expensive properties in the world is famously known as skid row.

Infectious diseases — some that ravaged societies in the Middle Ages — are resurging in California and throughout the country, and are hitting homeless populations exceptionally hard.

Los Angeles has already dealt with a virus-like outbreak of typhus — a medieval design spread by infected fleas on rats and other animals — in downtown streets. Health experts closed half of City Hall after announcing that rodents had invaded the building.

People in Washington state have been infected with Shigella bacteria, which is spread through feces and results in diarrheal disease shigellosis, as well as Bartonella Quintana, which circulates through the body by lice and causes trench fever.

This combination of drug use and homelessness within every state raises everyone’s concerns when it comes to the coronavirus. People living on the streets or in homeless shelters are extremely respectable to such outbreaks because their weak immune systems are depleted by stress, malnutrition, and sleep deprivation. Most also have mental illness and substance abuse disorders, which can make it harder for them to stay healthy or get health care.

Drug abusers are not only at risk of short-term dangers but also possible long-term health consequences that can be completely life-changing. Drug abuse reduces the body’s immune system and makes abusers more likely to engage in risky behavior. Diseases linked to substance abuse are frequently severe and can have fatal consequences. Health experts caution drug users to be aware of the coronavirus.

If anyone should show early signs of illness — like a fever or a dry cough — healthy experts stress to call your doctor’s office; however, there is no need to head straight to the emergency room or urgent care, where people might infect others.

Do Sobriety And Recovery Mean The Same Thing?

What Parents Should Do About Teenage Drug Addiction

What Parents Should Do About Teenage Drug Addiction