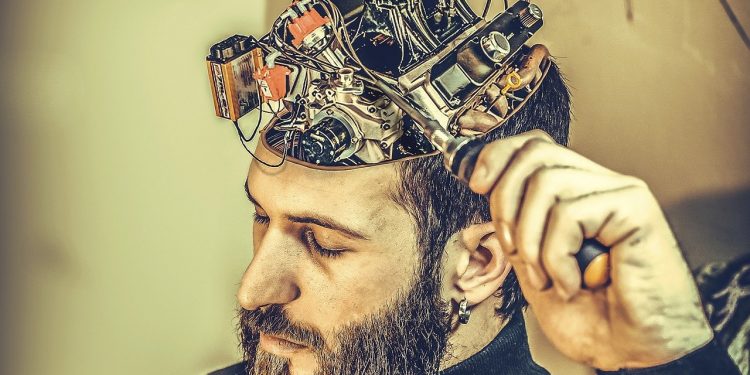 Marc Lewis, PhD, author of The Biology of Desire and our featured speaker at the 2nd Annual Shifting the Addiction Paradigm conference on June 7, 2019 shares his insights on why calling addiction a disease isn’t helping anyone. To see him speak live register for the conference here.

Most Americans view addiction as a disease. In this post, I ask what are the impacts and implications of this conceptualization? First, when addiction is labelled a disease, medical researchers and neuroscientists (most of whom are funded by the National Institute on Drug Abuse) have come to specify it is a chronic brain disease. This may help explain why some addicts seem unable to make choices like other people and why true recovery is never complete. Second, if addiction is a disease, then addicts are advised to submit to a specific medical regime, which is now offered by thousands of rehabs and treatment centers. Third, the idea that addiction is a disease offers an alternative to the view that it’s a character flaw or moral weakness.  If addiction is a disease, then addicts presumably don’t have choices and therefore should not be blamed, stigmatized, or punished.

Yet the disease concept of addiction may do more harm than good, to addicts, their families, the surrounding community, and the public health system at large. Here’s how.

First, if people feel that their addiction results from an underlying pathology, and if that pathology is chronic, then they are less likely to believe they will ever be free of it. They are less likely to hope…and to try. More specifically, they are less likely to believe that willpower, self-reflection, or simple effort will have any impact on their condition. The resultant passivity or fatalism is all too obvious at the front line of publicly funded treatment programs. In fact, there are no medical treatments that reliably and successfully target addiction. There are medications that can shift drug dependency from one substance to another, and opioid substitution therapy is proven to be the most effective means for preventing opioid overdose deaths. But this is a very different goal than overcoming addiction, which applies to substances like cocaine that don’t produce physical dependency, not to mention the many behavioral addictions (e.g., gambling, porn addiction, binge-eating) that can also destroy lives.

Rather than a one-size-fits-all medical solution, addiction workers generally agree that a sense of empowerment and belief in one’s own agency are the most important resources for overcoming addiction. This perspective corresponds with the idea that successful pathways to recovery must be personal and unique, not standardized. Most people diagnosed with a substance- or alcohol-related use disorder do in fact quit–a finding that completely overturns the assumption that addiction is a chronic condition. And most of those who quit do so without any formal treatment. Others need the help provided by psychotherapy, meditation, contingency management programs, therapeutic communities, and so forth–none of which make use of medicine. The rapid rise of harm reduction policies points to the growing realization (e.g., among treatment providers, researchers, legal experts) that people in addiction need time to find out what works for them, and until they are ready to move forward, the support they need most is to minimize the harm they cause themselves and others (partly because such harm fuels the addiction itself). Since addiction arises from the confluence of psychological, economic, and social factors in unique configurations, it makes sense that pathways out of addiction could never be boiled down to a single universal formula.

What about the stigma issue? If addiction is considered a disease (rather than a choice), it is often assumed that addicts can’t be blamed for their behavior. Yet the disease definition replaces one kind of stigma for another. The notion of a mental illness or disease often hurts more than helps those with behavior problems like addiction, because it fuels the belief that an inviolable or immutable “badness” is built in and permanent, resulting in a sense that one is fundamentally different from normal people. Biogenetic explanations imply that people with addictions are not really trustworthy, now or in the future, because of a biological proclivity they cannot control. It’s true that some people with addictions feel consoled by the disease label. Yet many addicts recoil from it. Especially when they are successful in rejigging their habits (i.e., recovering), they often find it degrading and confusing to be thought of as chronically ill. People with previous addictions (“recovered addicts”) usually want to feel that they have developed beyond their addiction and become better people as a result. The notion of a chronic disease works against this goal.

Many addiction researchers don’t buy the disease definition (nor do the DSM and ICD, the only internationally recognized classification systems for identifying mental health concerns.) We view it as bad science and in fact bad logic to dump a complex human phenomenon into a single definitional basket without clear descriptive or explanatory features. We see it as unhelpful if not fundamentally harmful in its aim of “medicalizing” treatment for people with (often multiple, interacting) psychological problems rather than a distinct medical problem. And we view it as diverting attention (and funding!) from more promising approaches to treatment, public policy, and legal contingencies.

Many people ask what addiction is if it’s not a disease. The answer that appears in my work and that of many other researchers is that addiction is a deeply learned cognitive habit, reinforced by frequent repetition and powered by highly emotional goals. One of the most common of these goals is mood regulation. For people who are depressed or anxious, perhaps as an outcome of trauma in childhood or adolescence, perhaps bolstered by current frustrations or humiliations in the job market or intimate relationships, the misery of daily life can be overwhelming. So much so that emotional relief itself becomes paramount. In those circumstances, taking a pill, having a drink, eating a bag of chips, or watching a video that makes you feel better is no small matter. Especially when alternative sources of relief or satisfaction become progressively weakened in availability and relevance. Taking the same action repeatedly digs deep ruts in the psychological repertoire and in the brain’s cognitive and emotional circuitry. Hence brain change and psychological change are fundamentally coupled. All learning gives rise to brain change, and learning contingencies that seem necessary for psychological survival will change the brain most profoundly.

The disease concept derived from sincere intentions to help people. However, viewing addiction as a disease places a complex human problem, with uniquely individual characteristics, into a normative wastebasket that neither describes nor explains it realistically. It’s time to refresh our understanding of addiction by looking more deeply at how people learn in the face of strong emotions and how brain change can help point us to the specifics of such learning. It’s time to recognize that willpower and the capacity for choice don’t disappear with addiction, though addiction makes some choices far more challenging than others. In those circumstances, people may need help making choices that bring them lasting fulfillment. That help relies on the principles and practices of psychology, not medicine, and particularly on our capacity to listen to and understand other people’s feelings, perceptions, abilities, goals, and hopes for the future.

Marc Lewis, PhD is a neuroscientist and professor emeritus in developmental psychology, having taught at the University of Toronto for over twenty years and at Radboud University in the Netherlands for six. He is the author or co-author of over 70 journal publications in psychology and neuroscience. In his first book on addiction, Memoirs of an Addicted Brain (2011), he connects his own years of drug use with an account of how the brain changes with addiction. In the second, The Biology of Desire: Why Addiction is Not a Disease (2015), biographies of addicts are linked with neuropsychological findings to show how addiction develops and how it can be overcome. Both books have been published in several languages, and Biology received the PROSE (Association of American Publishers) award for Psychology in 2016. Lewis currently writes for the popular press (e.g., The Guardian, Aeon, Scientific American), blogs, and speaks internationally on the science, experience, and treatment of addiction. You can read his blog here.

Substance abuse continues to climb during the coronavirus pandemic

Substance abuse continues to climb during the coronavirus pandemic