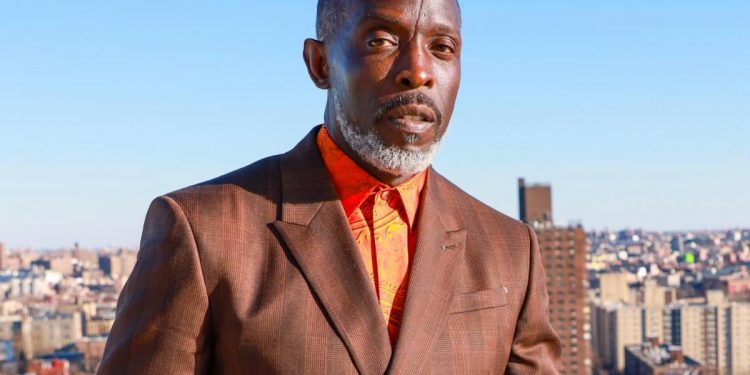 Williams, 54, was discovered face-down and unresponsive in the dining room of his luxury Williamsburg pad with what appeared to be heroin on the kitchen table, sources said.

A relative of the Emmy-winning actor talked to him Friday, and Williams was supposed to show up to an event Saturday but never made it, sources said.

The relative went to Williams’ home Monday, and someone called cops to the address at 440 Kent Ave. just before 2 p.m., saying there was a man there who was “unresponsive’’ and “feels cold,’’ sources said.

Williams — who had talked openly about his past struggles with drugs — was pronounced dead by authorities at 2:12 p.m., sources said, adding that it appeared the TV star had fatally OD’d. It was unclear how long the actor may have been dead.

“No foul play indicated,’’ a police source said. “No forced entry, the apartment was in order.’’

A man sat sobbing alone at a table outside Williams’ building talking into his cellphone Monday afternoon.

“I found the body,’’ the inconsolable man said into his phone, shaking, with tears streaming down his face.

Williams’ longtime rep confirmed the actor’s death in a statement.

“It is with deep sorrow that the family announces the passing of Emmy nominated actor Michael Kenneth Williams,’’ spokeswoman Marianna Shafran told The Hollywood Reporter. “They ask for your privacy while grieving this unsurmountable loss.’’

Cops are investigating where the drugs found in Williams’ home came from, sources said.

The city Medical Examiner’s Office was at Williams’ building Monday afternoon, and eight NYPD cops, including at least two supervisors, were outside. Later in the afternoon, family and friends could be seen hugging each other, as police removed bags of evidence.

The East Flatbush native was also known for playing Chalky White, a bootlegger in the Prohibition-era HBO series “Boardwalk Empire.”

In “The Wire,” his openly gay character toted a sawed-off shotgun while walking the mean streets of Baltimore robbing drug dealers and whistling the tune to Elmer Fudd’s “A-Hunting We Will Go.’’

“I use my job to engage empathy and compassion for people society might stereotype or ostracize,” he told the Guardian in 2015.

He even had the scar to prove it — the remnant of a horrific slashing from a fight outside a bar in Queens when he was 25.

Williams credited the facial scar with landing him his first big acting breaks, which revolved around “thug roles.’’

The actor had been vocal about his own struggles with drugs through the years, too, including during the filming of “The Wire,’’ saying that getting so into the role of Little, who robs drug dealers, affected him in real life.

The actor told NPR in 2016 that he once stumbled into a church in New Jersey, desperately seeking help for his addiction.

“When I came through those doors, I was broken. … This was, I would say, around the … third season of ‘The Wire,’” Williams said.

“I was on drugs. … I was in jeopardy of destroying everything I had worked so hard for, and I came in those doors, and I met a man who had never even heard of ‘The Wire,’ much less watched it,’’ he said, referring to the pastor.

“I wrote my full name down — Michael Kenneth Williams — and in the office, [the pastor] turns around, and he says, ‘So what do you want to be called, man?’ I said, ‘Well, you know, my name is Michael, but I could do Mike.’ He says, ‘Why does everybody say, “Omar, Omar’s in trouble”?’ And I was like, ‘Oh, this dude is clueless [about the show],’” Williams said.

The actor started out as a back-up dancer for Madonna and George Michael before being encouraged by rapper Tupac Shakur to go into performing.

He used his eventual fame to promote social justice, becoming an “ambassador for ending mass incarceration’’ for the American Civil Liberties Union in 2015.

“I could have been Eric Garner. I could have been Michael Brown or Trayvon Martin,’’ Williams told the Guardian, referring to three dead black men whose law enforcement-related fatalities helped fuel the Black Lives Matter movement.

“My goal is to end mass incarceration and to have more dialogue about how can we stop the government filling up jails with low-level, non-violent drug offenders and people with mental illnesses or addictions,” Williams said. “Those are health issues, not criminal.”