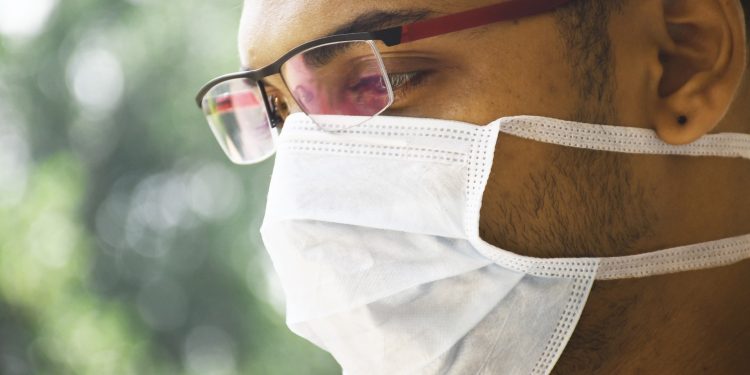 As the Grand Princess cruise ship arrived off the coast of California, grim foreshadow of what was to come, Gov. Gavin Newsom issued the first statewide mandatory restrictions in the United States.

As other parts of the country battle to keep infected numbers and death tolls down, he required California’s nearly 40 million residents to stay home to curb the outbreak, but his efforts didn’t stop there.

While most of the states scramble for desperately needed equipment and supplies, Newsom this week declared an agreement for millions of masks for health care workers. Even though the state is still battling the outbreak, it finds itself able to donate hundreds of ventilators to hospitals across the country.

As of today, California and New York — the nation’s hardest-hit state — had about the same amount of coronavirus cases in the first week of March, reported the COVID Tracking Project.

By Wednesday morning, California had over 17,000 cases compared to nearly eight times that in New York or over 140,000 cases. The Golden State has 452 deaths compared to New York’s more than 5,000.

“When we write this history and look at the tens of thousands of lives in California that will have been spared, I think there will be lots of factors that went into it,” announced Dr. Robert Wachter, professor of the Department of Medicine at the University of California in San Francisco.

“The most important was that leaders of all types — whether they were in government or businesses — took it seriously, understood that this was a real risk and did the right thing beforehand.”

Take a look at what California did right and continues to battle as a state:

After declaring two weeks ago that the state had issued 24.5 million N95 masks, Newsom, on Tuesday night, announced during a talk show, California had landed a deal for over 200 million protective covers per month.

Over three-quarters will be N95s, the rest surgical. Stating “enough is enough” when it comes to states competing for vital equipment, he added, “We’re confident we can supply the needs of the state of California and potentially the needs of other Western states.”

Contracts inked in recent days — including with a consortium of nonprofits and a California manufacturer — “give me confidence in being able to say that,” the governor concluded the show with.

California has additionally done well not only refurbishing ventilators but gaining new ones — 1,225 from Tesla billionaire Elon Musk, who had agreed only to donate 1,000 of the devices.

The state’s so far ahead of others when it comes to ventilators that it was able to send 500 of its ventilators to high alert spots like Illinois, New Jersey, and New York on Tuesday. Based on federal emergency officials’ advice, ventilators will also be donated to Washington D.C., Delaware, Maryland, and likely Nevada.

New Jersey Gov. Phil Murphy tweeted his thankfulness Tuesday, saying his state is “beyond grateful” to Newsom, and “we will repay the favor when California needs it.”

Los Angelenos can apply for testing and Receive care

As of Wednesday, 10 million residents in Los Angeles County are now eligible to apply for a coronavirus test without limited access.

There are “no longer any limits” on who can apply to be screened, Los Angeles Mayor Eric Garcetti announced during the Monday briefing—explaining that the county is abandoning prerequisites like having to be older than 65, History of medical conditions and weakened immune systems.

However, this doesn’t mean officials have a test for everyone in the county — the most populated in the US –. Yet, the testing capacity is now more significant than the number of cases they’ve been receiving under the previous restrictions.

Like San Bernadino County, where if you are spotted without a face covering, you could be fined up to 1,000$ or 99 days in jail. Employees and customers of essential Los Angeles jobs that are open during the stay-home order are required to wear face coverings and have the right to refuse anyone who is not starting Friday morning.

According to Garcetti’s order, he said it was designed “to take care of those who are taking care of us.”

Steps like this are why California sees accurate positive results. Many states that are not implementing the same strict ordinances are falling behind and wondering why. New York is being hit the hardest; however, it is taking the same steps as California to ease the growth and slow the deaths.