The stigma is winning’: Parents strain to juggle jobs and their kids’ mental health 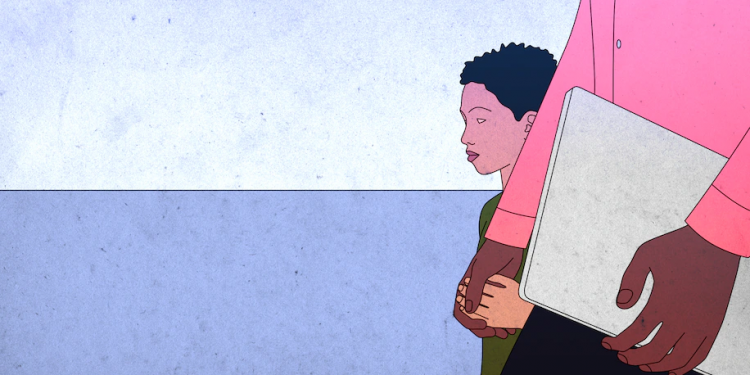 The stigma is winning

By Erin Blakemore
Yesterday at 9:00 a.m. EST
Alicia Lee learned early on that her child’s mental health disorder did not respect working hours.

Supporting her 13-year-old son, who has been diagnosed with attention-deficit/hyperactivity disorder, oppositional defiant disorder and other conditions, involves therapy appointments, paperwork, case coordination, medication, and lots and lots of time on the phone.

For millions of caretakers around the country, a child’s mental health crisis can rapidly become a problem at work. Now, new research suggests that a greater number of working parents have children with mental health challenges than previously known — and that their work lives are profoundly affected by the demands of children in crisis.

A new report from On Our Sleeves, a national advocacy and education organization based at Nationwide Children’s Hospital in Columbus, Ohio, shows the depth of the problem. It’s the latest point in a growing pile of research on the challenges working parents face because of their children’s mental health, and the potential consequences for employers who don’t offer the flexibility and support they need.

That defies common perceptions of child mental health, says Marti Bledsoe Post, executive director of On Our Sleeves. “We’re talking about a much greater population than the often-cited 1 in 5″ children with a mental health disorder, she says.

Children’s mental health badly harmed by the pandemic. Therapy is hard to find.

Disclosing concerns can be challenging

That doesn’t surprise Lisa M. Stewart, an associate professor in California State University at Monterey Bay’s department of social work. In years of research as to how and why parents talk to their employers about their children’s mental health, she has learned that many choose never to talk about that facet of their lives at work

“They really want to control the flow of information,” she says. The decision to disclose, she says, “is fraught with challenges because of the very real threat of getting fired and being retaliated against.”

“The real tragedy is that as a country, our mental health care is tied to our employer,” Bledsoe Post says. The stakes feel precarious for exhausted parents who say they worry that an employer’s limited patience could endanger the therapies, medication and other modalities they need to help their children.

According to recent data from the Census Bureau, 54.4 percent of insured people in the United States — more than 177 million in all — have employer-sponsored plans. But even when parents do have insurance, it doesn’t necessarily cover the needed treatments. One 2021 study found that 1 in 3 children in the United States is underinsured. About 40 percent of children with complex health needs, including the need for ongoing treatment or medication for an emotional or behavioral health condition, didn’t have enough insurance to cover their needs.

That’s a familiar problem for Sam Cohen, a marketing executive from New York. His 12-year-old daughter has dyslexia and ADHD, and he’s had to take on extra hours to pay for therapies that aren’t covered by his insurance. “I have missed work many times to help her with her struggles,” he says. Though he is open with his employer, he has told only his close co-workers about his daughter’s condition.

A youth mental health crisis was already brewing. The pandemic made it worse, surgeon general says.

Pandemic has worsened the crisis

The pandemic has deepened the crisis, says Kathryn Brigham, an adolescent medicine specialist at Massachusetts General Hospital. Since May 2020, she has seen her patients’ mental health tank. “A literal tsunami” of eating disorders, depression and anxiety as engulfed her office, and there isn’t an end in sight, she says. “There are still so many patients who are sicker than they used to be by the time they [get] care.”

The pediatrician’s own work life has been complicated by her 11-year-old son’s mental health challenges.

Diagnosed with anxiety at age 7, he has undergone a variety of therapies — and when he entered middle school in 2021, his symptoms worsened and he developed depression, too. Brigham has been able to juggle his appointments and stay on top of medication changes that have helped him remain in school, but by virtue only of an understanding workplace and a part-time schedule that gives her the flexibility she needs.

But gaining the understanding of employers requires the risky self-exposure Stewart studies. The most successful interactions, she says, involve “negotiation with promise” — divulging a child’s health status, but presenting human resources or a supervisor with a proactive promise about how the employee will make up for the employer’s flexibility. When caretakers do get the flexibility they seek, Stewart says, “they are dedicated, they’ll get the work done, they’ll give you the commitment you’re looking for.”

That’s more true in 2022, when a tight labor market means employees can be choosy about where they work. Replacing an employee can cost between 16 percent and two times that employee’s salary. Employers have to balance that cost against having workers miss work or fall behind because of the stress of taking care of a child with mental illness.

Even for less acute crises, the crunch is real. According to the American Academy of Child and Adolescent Psychiatry, most of the nation is facing a severe shortage of practicing child and adolescent psychiatrists. Last year, a coalition of physicians’ groups declared a child mental health crisis in the United States in response to the strain on children and the shortage of treatment options.

For many caretakers, the difficulty of balancing those systemic realities with work brings them to a tipping point. Stewart’s research shows that parents who struggle to get services or must spend significant time arranging their children’s care are about one and a half times as likely to leave the workforce than their counterparts raising kids without mental health needs.

Lee was one of those parents. Today, caring for her son is her full-time job, and the knowledge of the flexibility she would need to continue working discourages her from reentering the workforce. “Nobody would have kept me on,” she says.

Instead, she started a home business making custom handbags. But the decision has strained her family’s finances, which hinge on the income of her husband, a computer engineer. “All of the earning potential is on him,” Lee says. “That’s extra pressure on him, too.”

What employers can do

Employers can help. On Our Sleeves’s research showed that the vast majority of employees would value courses about children’s mental health in the workplace, and the organization will offer a free digital curriculum for working parents that corporations and individuals can access starting in April. Employers can offer more flexible scheduling and alert employees to existing mental health benefits and supports.

“It’s the right thing to do,” Stewart says. “Parents are suffering, and no one should have to feel like a bad parent or a bad employee if they need extra support.”

She recommends parents seek out other parents whose children have mental illnesses and brush up on their legal rights; the Americans With Disabilities Act outlaws discriminating against a caregiver who assists with a disability, and certain employees at organizations with 50 or more workers are entitled to up to 12 weeks of unpaid, job-protected leave each year under the Family Medical and Leave Act.

“Employers are in a position to do so much good,” Bledsoe Post says. But for now, “the stigma is winning.”

How Much Does Drug Rehab Cost Does Insurance Pay for it

Does my kid have a tech addiction?

Does my kid have a tech addiction?