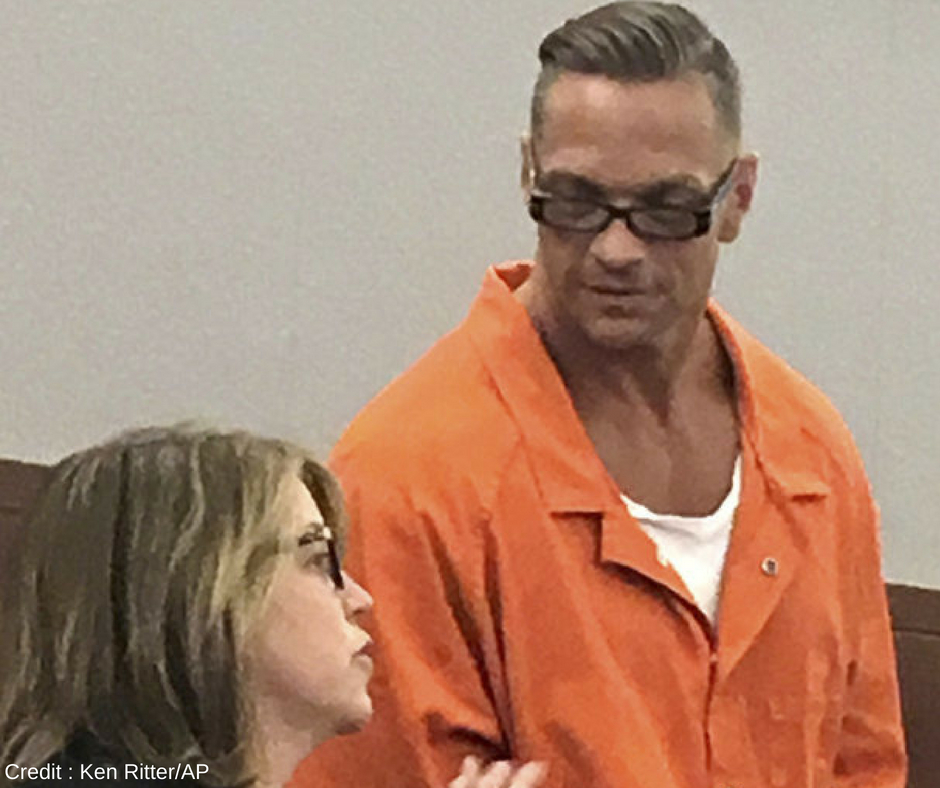 Vice network recently posted a video of an interview with Nevada inmate Scott Dozier, convicted murder that had been sentenced to death in 2007. Dozier is a somewhat interesting case because most death row inmates ask to appeal their sentences, but in 2016 he wrote to the judge asking for his death sentence to be executed, making him a “volunteer” in the legal world. He was essentially asking for the execution as a sort of state assisted suicide. He told the Review-Journal, “If people say they’re going to kill me, get to it.”

The state was planning to use three drugs — midazolam (a sedative), fentanyl (the high-potency opioid) and cisatracurium (a paralytic) — to execute Scott Dozier on Wednesday night. Fentanyl was proposed to be added for the first time to the controversial midazolam that has had a recent history of causing painful executions over the last three years. This is Nevada’s first execution in 12 years.

Dozier had no problem with the idea, telling Vice news “I think it’s awesome. I mean, it’s killing people all over the place,” Dozier told the program. “You guys get pharmaceutical grade fentanyl and just bang me up man.”

Because of these extreme reactions during executions, many states are having a hard time obtaining the lethal injection drugs they need to make the fatal cocktails to carry out the executions. Nevada is not alone.

“The state issued 247 requests for proposals on Sept. 2 after its stockpile of at least one drug used in executions had expired. Not one response was received,” according to a 2016 report in the Las Vegas Review-Journal.

“What we’re seeing from the drug companies is rather than simply protesting that the drugs have been improperly obtained, they’re going into court to try to protect their corporate interests and to try to protect the integrity of their medicines,” Death Penalty Information Center Executive Director Robert Dunham said in an interview.

He added: “If you’re saying that the death penalty is necessary as a tool of law enforcement, what kind of message are you sending if you are breaking the law or deliberately deceiving companies and breaching contracts in order to carry out the law?”

Clark County District Judge Elizabeth Gonzalez ruled in favor of the business that makes midazolam, which took legal action against the state, saying Nevada had illegitimately obtained the item for the execution. It wants the state to return its stock of the drug to the company. Gonzalez gave a short-term restraining order.

“If the state is permitted to use the midazolam manufactured by plaintiff, plaintiff has shown a reasonable probability it will suffer irreparable damages,” Gonzalez said in her Las Vegas court.

The drug maker, Alvogen, and the state are scheduled to return to court September 10 for another hearing in the case. The pharmaceutical company said in a statement that it “does not condone the use of any of its drug products, including midazolam, for use in state sponsored executions.” It also said it “does not accept direct orders from prison systems or departments of correction.”

University of Toronto toxicology expert David Juurlink told NPR that fentanyl’s role is to sedate the person and ultimately stop their breathing, just like what happens with the many accidental overdoses seen across the entire content of north America. Juurlink says the triple drug cocktail “sounds like a genuinely lethal regimen that I would imagine would be associated with very little discomfort.”

“An individual with a decent intravenous line who is given a large amount of fentanyl intravenously would literally, within seconds, become unconscious and their breathing would slow,” he said. And though it is part of a three-drug protocol, Juurlink added that fentanyl could be powerful enough to work on its own. He added that the death penalty makes him uneasy.

With this execution up in the air, it’s not clear what Nevada plans to do now. It’s an increasingly common issue around the country.

“They’ve gone in all those different directions. And I think that as it becomes clearer and clearer that the use of lethal injection is going to involve breaking the law or breaking contracts and risking torturous executions, states that want to carry out executions are more likely to be looking for other options.”