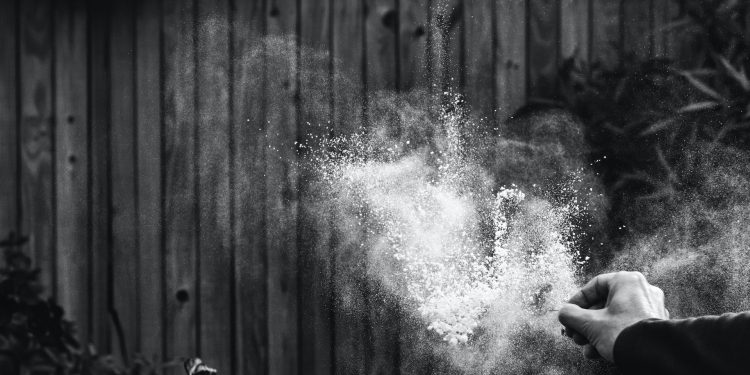 Risks and Dangers of Snorting Adderall

Snorting Adderall is a common practice for people who are looking to get high on the drug. It is much faster than smoking because the drug enters the bloodstream at a rapid rate. As a result, it tends to be more addictive than other forms of the drug. However, there are a few dangers to snorting Adderall.

Side Effects of Snorting Adderall

Adderall is a highly addictive substance. While it is safe for medically prescribed use, abuse can lead to tolerance and dependence. Tolerance builds over time as the user’s body adjusts to the presence of the drug, meaning the person needs higher doses to achieve the same effect. This can lead to dangerous behavior and criminal activity.

When snorted, Adderall enters the bloodstream more rapidly, meaning the effects of the drug begin almost instantly. However, this form of Adderall has more severe side effects. It can cause high fever, shock, and even sudden death. This is not a healthy alternative to taking the drug, as it has many other dangerous risks.

In addition to the physical side effects of the drug, snorting the drug can also cause serious psychological problems. As a result, users can experience increased levels of anxiety, irritability, insomnia, and aggression. In addition, snorting the drug increases the user’s tolerance and dependence. The withdrawal symptoms associated with amphetamines can be excruciating. They can lead to suicidal tendencies, exacerbate major depression, or even lead to psychosis.

The snorting of Adderall is illegal and can have devastating effects. As a stimulant, Adderall enhances the release of certain brain chemicals that are partially responsible for pleasure and alertness. It also triggers the “fight-or-flight” response. Consequently, users may want to mimic those feelings to achieve the same highs.

Adderall is a prescription drug used for attention deficit hyperactivity disorder. It is commonly taken by students during finals week to help them study without becoming tired or losing focus. However, some people have begun snorting Adderall in order to speed up its absorption into the bloodstream. This method produces an intense high, but it also has dangerous side effects.

Snorting Adderall can lead to physical and psychological dependence. It can also cause tolerance, causing the user to require higher doses to get the same effect. This can lead to an addiction and the risk of death. The FDA considers Adderall a schedule II controlled substance.

Snoring Adderall poses multiple risks, including nose damage. This method is highly dangerous because the drug is absorbed into the bloodstream through the nose and throat. It can cause damage to the nose and sinus tissues, and can even result in sinus infections and tissue necrosis.

Moreover, snorting Adderall can lead to addiction, which in turn leads to drug abuse. People who snort Adderall are more susceptible to other forms of substance abuse, including cocaine and meth. To overcome this addiction, these people should seek help from addiction specialists. They can help them break the cycle of addiction by establishing positive habits.

Snorting Adderall is dangerous because the drug is highly potent and affects the brain more quickly. It takes only a few minutes for Adderall to take effect, unlike pills, which take several hours. Snorting adderall can even lead to death.

An addiction to snorting Adderall is a serious medical problem that often results from the misuse of a prescription drug. Adderall is not designed to be snorted, and if you are doing so, you are clearly misusing it. If you suspect that you are abusing Adderall, seek help from a licensed mental health professional. They can offer a variety of treatment options, including 12-step groups. These groups help people to develop a structured plan to recover from Adderall. They can also teach people holistic tools to handle stress and prevent relapse.

Generally, addiction treatment is done in a medically supervised environment. Treatment programs typically consist of a residential stay of 30 to 90 days. Residential programs also usually provide activities such as equine therapy, and are staffed by trained medical professionals. Some addicts require outpatient treatment, which offers weekly therapy but does not include housing. If the addict cannot afford to live in a treatment facility, he or she may need to find a sober living facility.

Snorting Adderall can lead to serious health risks. It may cause increased cardiovascular risks, and the drug can have serious behavioral effects. It can cause aggression and suicidal thoughts. It can also lead to hallucinations.

One of the first signs of a drug addiction is nosebleeds. These nosebleeds can occur after taking a large dose of a stimulant, such as Adderall. The reason why snorting is so risky is that the drug changes the body’s natural chemistry and can cause damage to the nose. Snorting drugs can damage the nasal septum and cause a hole in the nose.

While Adderall is a prescription drug, many students take it to boost their performance. Some even go on three-day “binges,” which involves taking a high dose twice a day. It’s easy to find Adderall on the street, and students may assume that it’s a safe way to keep up with schoolwork. Nevertheless, Adderall is classified as a Schedule II drug and has a high risk of abuse.

Snorting Adderall involves insufflation and enters the bloodstream, bypassing the digestive system and first-pass metabolism. This means the drug gets to the brain more quickly. However, it can cause a hole in the nose, a potential infection risk.

In addition, Adderall is not recommended for people who have poor nasal circulation. Powdered Adderall can inflame the delicate nasal tissue, causing nosebleeds. Prolonged insufflation may also damage the mucous membrane and nasal hairs, resulting in a hole in the nose or roof of the mouth. When snorting, Adderall can also travel to the lungs, causing a sore throat or hoarse voice.

There are several risks associated with snorting Adderall. This method of taking the prescription medication increases the risk of overdose and addiction, as well as causing severe side effects. In addition, snorting the drug can result in respiratory infections, heart failure, and seizures. The process can also damage the mucous membranes, causing a runny nose or other nasal problems.

If you suspect you have overdosed on Adderall, you must seek medical help immediately. Any delay could cause further damage. Medical staff will strive to minimize the damage and prevent life-threatening complications. The longer you wait, the more the risk of brain damage grows. The sooner you seek medical attention, the more likely you are to recover completely.

People with ADHD should be aware of the risks associated with snorting the drug. It can interfere with sleep patterns and impair mental performance. Adderall also weakens the cardiovascular system, causing arrhythmia and heart attacks. It can also lead to impaired circulation and localized numbness.

People who snort Adderall are seeking an immediate high. The drug is extremely powerful and has high abuse potential. It is also highly addictive and can lead to a reliance on it. It is classified as a Schedule II controlled substance by the U.S. Drug Enforcement Administration. It contains the amphetamine and dextroamphetamine that increase dopamine levels in the brain, creating a euphoric effect.

It’s dangerous to snort Adderall, or any other type of Adderall, without a prescription. Taking the drug in this manner increases the risk of an overdose, which can result in coma, brain damage, and even death. For long-term users, it’s best to get treatment for Adderall addiction before taking any more of the stimulant.

Unlike oral administration, snorting the drug increases its potency and speed of action. The drug quickly crosses the blood brain barrier, providing an instant high. However, it also causes other potential health risks. Snorting the drug can result in nasal passage problems and other side effects, and it is not recommended for anyone who takes Adderall orally.

When snorting Adderall, the risk of an overdose is increased dramatically, and this method is not recommended for anyone with heart problems or high blood pressure. In addition, snorting the drug can result in respiratory problems and chest pain. Furthermore, it can cause an addiction to the drug, which can result in severe mental and physical problems.

Additionally, snorting Adderall may lead to lung damage, respiratory infections, and cardiac arrest, and even death. It can also damage the inner lining of the heart and lead to heart attacks and strokes.