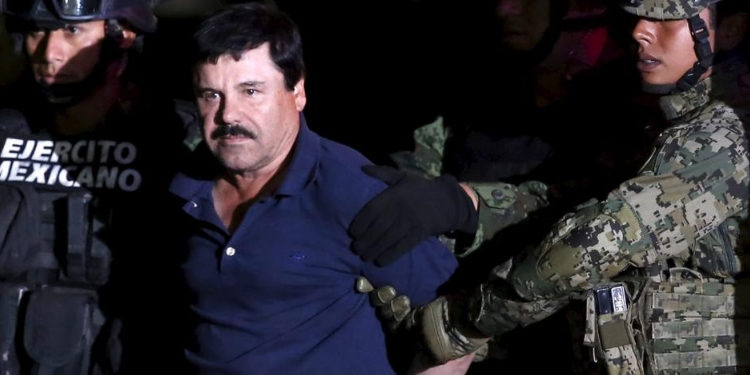 The trial of the year is set to take place Monday in New York for accused Mexican drug lord Joaquin “El Chapo” Guzman. The million-dollar case is expected to last more than four months. Prosecutors and detectives have spent years trying to piece together a case against Guzman, who was extradited in 2017 after he escaped twice from a Mexican prison.

Authorities are expected to boost security for the trial, including keeping the names of the 12 informants who will be picked to serve on the jury and the six alternates.US Marshals will escort them to and from the federal court every day. US District Court Judge Brian Cogan will preside over the process behind closed doors.

Guzman has pleaded not guilty to the charges of running the biggest drug-trafficking operation in North America, including money laundering, kidnapping, and murder in cities such as Chicago, Miami, and New York. If found guilty the charges carry a mandatory life sentence.

The Sinaloa cartel that Guzman founded back in the early 90s oversaw smuggling of cocaine, methamphetamine, heroin, and marijuana to distributors in multiple major U.S cities. His co-defendant Ismael “El Mayo” Zambada remains at large, and violent drug trafficking in the U.S. is still a growing issue. Just last year, Mexico recorded 29,000 murders related to gangs and drugs. Due to the high manufacturing of synthetic opioids flooding across the borders into the U.S., an average of 174 Americans died every day from drug overdoses and many cities in New York offer drug rehab programs.

According to the case, the Sinaloa cartel is said to be the “largest drug trafficking organization in the world…with thousands of members”. Us prosecutors claim that from 1989 to 2014, the cartel smuggled at least 340,892 pounds (154,626 kilograms) of cocaine into the United States, also including heroin, meth, and marijuana banking in at $14 billion dollars.

Although Guzman Is accused of leading from 1989-2014 the government has presented so much evidence as much as 300,000 pages and at least 117,000 audio recordings that the defense complains they haven’t had enough time to review it all. The case is set up to be the most expensive trials in the history of the US. The cost includes protection programs for at least some of the several hundred witnesses expected to testify. The defense still does not know all the former associates, hired hands or rivals who have turn on Guzman and became informants on the case.

Many of the informants have been placed under high protection within the US witness protection program, given new identities. While others have been jailed and housed in special wings of the prison to protect them from other gang members inside.

Since Mexico extraditing him back in 2017 he has been held in solitary confinement in New York, just one day before Donald Trump took office. Guzman spends 23 hours a day in his cell with only one hour of free time in a guarded space. His two twin daughters are the only visitors he is allowed to have besides his lawyers who he has to see through a thick glass. His 29-year old wife has been banned by the judge from seeing him. Since she has been banned she has instead attended practically all of his pre-trial hearing, seen waving and blowing him kisses from the stands.

Arrested for the first time in Guatemala in 1993, El Chapo spent more than seven years in a Mexican prison before his first escape in 2001.

The Recover is an unbiased substance abuse and mental health news provider. Helping individuals looking for the right treatment programs in their area. Also providing information on rehab centers in New York for addiction recovery