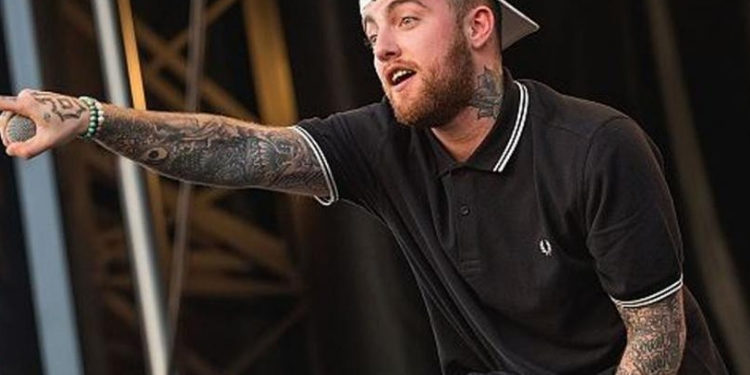 The coroner’s report was released Monday deeming Rapper Mac Millers death an accidental overdose caused by a combination of cocaine, alcohol and the powerful opioid fentanyl. According to the Los Angeles Country Coroners report listed Miller’s cause of death as “mixed toxicity” because of the three substances that were found in his body following his death.

During his career, the 26-year-old Pittsburgh native often and briefly discussed his depression and addiction through his rhymes and songs. He was found in his LA home on September 7th of this year by his personal assistant. His assistant found Mac during one of his usual daily visits in his San Fernando Valley home, found him unresponsive on his bed around 11:30 am.

According to the reports the assistant moved the body to the floor and performed CPR at the direction of the 911 operator. Soon after the paramedic arrived Miller was pronounced dead 16 minutes after the initial 911 call.

Police reports state that investigators found an empty bottle of liquor and drug paraphernalia, including a 20$ bill with white powder residue identified as cocaine found in Miller’s pocket.

Mac Miller whose real name is Malcolm James Myers McCormick had a history with drug and alcohol abuse, but was generally healthy, the reports stated. Although his struggle with drugs and alcohol his mother shared with investigators that he had not overdosed in the past, hospitalized for any reason or attended any Los Angeles drug rehabs as far as she knew. The night before his death Mac’s mother told a coroner’s investigator that she had spoken with him that night and that he had been very excited about his new album and upcoming tour, speaking with good spirits.

According to his personal assistant, he agreed, saying Miller was feeling positive about his new and upcoming projects, but he admitted he had the tendency to fall into drug binges going on one three days before the one that took his life.

The coroners performed the autopsy three days after Miller’s death, but due to the toxicology test being performed it prolonged the process. Mac’s autopsy report did not address where he might have gotten the fentanyl or cocaine

Many other musicians just like Mac Miller have been linked to the recent years of national crisis due to the rise of opioid abuse and overdoes. Just like the late Prince who died two years ago in 2016 when he took counterfeit pills laced with the powerful fentanyl which seem to look like a generic version of the painkiller Vicodin. Also, Matthew Roberts, guitarist for the band 3 Doors Down, also overdosed in 2016 caused by fentanyl and hydrocodone.

The sudden death of the young star brought together tributes and mourning from Superstar musicians. The concert which was held last week in his honor included performers like Chance the Rapper, Travis Scott and John Mayer. The gathering launched the Mac Millers Circles Fund in honor of the hip-hop star and raised money for the arts education in lower economic communities.

His girlfriend of two years Ariana Grande ended earlier this year. She posted an emotional and heartfelt video of him on her Instagram page weeks after his death and released a new song, “Thank u, Next” on Saturday that mentioned Mac along with her former fiancé “Saturday Night Live” star Pete Davidson. During her performance, she pays respect and tribute through her lyrics, “Wish I could say thank you to Malcolm because he was an angel”

According to DrugAbuse.gov, Every day, more than 115 people in the United States die after overdosing on opioids. The misuse of an addiction to opioids—including prescription pain relievers, heroin, and synthetic opioids such as fentanyl—is a serious national crisis that affects public health as well as social and economic welfare.