Epidemic: Two Recent Gifts to Fight Drug Addiction Are the Exception, Not the Rule

by Jason M
in Featured
3 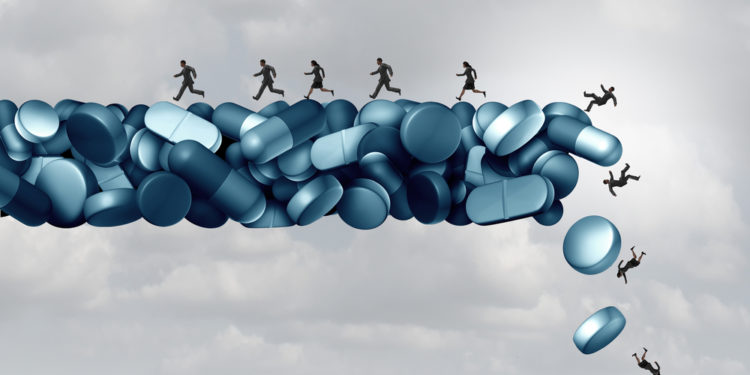 According to new estimates out this week, about 72,000 people in the United States died from drug overdoses in 2017. That’s up from 64,000 in 2016, when opioid overdoses accounted for more than 60 percent of those deaths. Drug overdoses are the leading cause of death for Americans under 50. They kill more people than guns or car accidents.

Despite those alarming numbers, philanthropy has been slow to get involved. Many public health foundations have shifted their work upstream in recent years, looking to address the social determinants of health—leaving a funding gap when it comes to taking on the deadliest public health crisis in recent U.S. history.

When funders do step up to address the drug epidemic, it’s worth taking a closer look.

Two recent gifts—one in West Virginia and the other in Illinois—are part of a smattering of initiatives that tackle substance abuse head-on.

The larger of the two recent gifts focuses on drug addiction more broadly, but its overall scope is narrower. The Howard G. Buffett Foundation pledged $30 million for the construction of a campus in Macon County, Illinois, that will provide healthcare and social services, with the intention of addressing the county’s drug problem.

The campus represents a multidisciplinary, multi-agency approach to addiction treatment. In addition to detox support, the facility will house a dental clinic, classrooms, computer training lab and transitional housing. The campus will also be home to Baby TALK, a local early childhood development organization, which will help families affected by substance abuse and mental health issues.

As sheriff of Macon County, Howard G. Buffett has seen firsthand the consequences of the county’s growing substance abuse problem. The middle child of Warren Buffett, Howard Buffett is a businessman and philanthropist in his own right, and has more resources to address the problem than the average county sheriff.

“Drug addiction is devastating our communities and affecting people at every age and income level. Drugs are killing more of our neighbors than firearms and auto accidents combined,” Buffett said. “It is clear to me that it will take a significant investment of public and private resources to stop the trajectory of addiction rates, and it will take a comprehensive approach to reverse current trends and heal communities.”

On its most recently available tax forms, the younger Buffett’s foundation reported more than $360 million in assets and about $126 million in giving. The foundation is best known for its work to promote food security abroad, but the Community Care Campus gift isn’t entirely out of character. The foundation lists public safety as one of its main concerns and works with sheriffs’ offices in Arizona and Illinois to identify community public safety concerns.

“Sheriffs see the increasing impact of opioids and opioid-related crime in their communities, and because of a lack of treatment resources, sheriffs must deal with the problem of addiction and mental illness inside their jails,” said Chuck Wexler, executive director of the Police Executive Research Forum. The Community Care Campus is intended to put a dent in Illinois’ shortage of detox and rehabilitation services.

Another Gift from Big Pharma

The second grant is a $2 million grant from the Merck Foundation to tackle the opioid epidemic in West Virginia over the next four years. West Virginia has the highest overdose rate in the country. The grant will focus on the rural part of the state, where accessing care is especially difficult. Reducing opioid overdoses and deaths, along with HIV and hepatitis C, will be a major focus of the work.

Merck and its local partner on this work, Marshall Health, will also work to improve access to substance abuse prevention and treatment in West Virginia’s Great Rivers region. The region has the highest number of opioid-related deaths in the state.

Earlier this year, Aetna pledged $6 million to counter the crisis on the local level. The McKesson Corporation promised $100 million to fund a new foundation dedicated to fighting opioid abuse. In Philadelphia, the AmerisourceBergen Foundation has been instrumental in addressing the crisis in the city.

The efforts from Big Pharma to tackle the crisis are commendable, but not without caveat. Pharmaceutical companies helped create the crisis by flooding the market and stoking demand for opioid painkillers. Starting in the 1990s, opioid manufacturers marketed the drugs in way that downplayed negative side effects, while exaggerating the drugs’ benefits. The same manufacturers looked the other way when it came to supplying drugs at a clip that some argue clearly indicated the painkillers were being misused.

Now, some of the same companies that are putting up millions to curb the crisis are fending off lawsuits seeking to hold them responsible for the role they played in stoking the problem in the first place. The McKesson Corporation and AmerisourceBergen both fall into that category.

While it’s fair to question pharma’s motives when it comes to fighting the opioid epidemic, it’s hard to deny the need for their help—especially with national foundations focused elsewhere.

The Robert Wood Johnson Foundation, the country’s largest public health funder, has stayed out of the fray even though it led the philanthropic community in addressing substance abuse earlier in its history. The funder blazed the trail for other philanthropists to take on substance abuse, despite the taboo at the time. Over a 20-year period, RWJF invested about $700 million in treatment and recovery programs.

The foundation moved away from the field about 10 years ago. Around the same time, it shifted its strategic focus to the upstream social and economic factors that influence health and wellness.

Earlier this year, substance abuse lost another stalwart ally. The Conrad N. Hilton Foundation decided to wind down its work in the field in favor of concentrating resources on other issues. The Hilton Foundation was usually the name that came up as the exception to the rule in conversations regarding foundation inaction on substance abuse. Now, even that support is ending.

As a long-term strategy, the upstream approach to public health has its merits. And it’s entirely possible that by tackling factors that could push someone to turn to drugs later in life, foundations are preventing even more people from falling victim to the opioid crisis.

But in 2016, more than 100 people a day died because of opioid overdoses. By some estimates, the country stands to lose more than a half-million people to the opioid epidemic in the next decade. The U.S. Department of Health and Human Services estimates the economic toll of the crisis has topped $500 billion.

Philanthropy alone can’t solve the opioid crisis, but given the scope of harm that’s happening, can it afford to sit this one out?