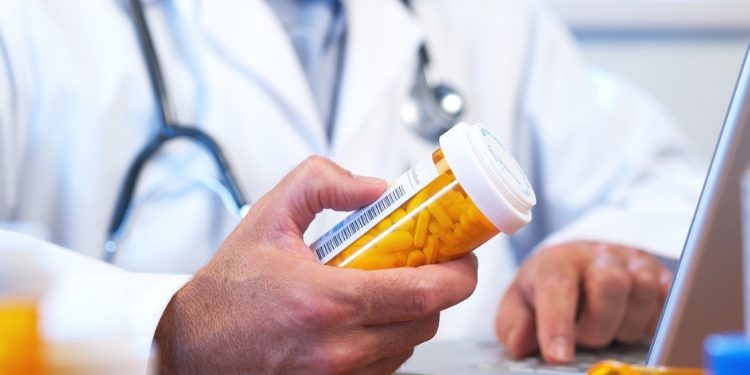 West Michigan may be involved in one of the most significant cases of medical fraud and illegal opioid distribution in American History. Currently, two of the six doctors have been charged; the others are still in court.

According to the reports, the doctors involved operated out of two Detroit area clinics and are being accused of bilking the government and private insurers out of nearly $500 million by unlawfully prescribing opioids over 13 million times.

U.S. Attorney Matthew Schneider said, “It’s stunning at how large and complex this scheme really was.” He is based out of Detroit and said the whole case was a secure scheme that made these doctors rich-very rich.

The reports claim “The defendants would keep the patients hooked on opioids. They would prescribe them opioids, and they would become addicted and that way the patients would be coming back to the clinic.”

Back in 2013 until November 2018, the doctors allegedly prescribed 13.2 million doses of highly addictive opioids including, Norcos, Oxy, Percocet, Vicodin, and Dilaudid. The U.S. Attorney said “It’s really one of the largest cases in the nation. We’re talking about over 13 million doses of opioids, about a half-billion dollars in health care fraud.”

The doctors also performed unneeded medical services to their patients like unnecessary braces and painful spinal injections according to Federal authorities. They are also being accused of submitting claims of around $183 million to Medicare, $273 million to Medicaid and $9 million to Blue Cross Blue Shield of Michigan

The first two doctors charged go by the names Christopher Russo and Ronald Kufner, who both worked for West Michigan health care providers and pain clinics while suffering from their own addiction problems.

According to a mom of two, Jennifer Light of Wyoming became addicted to opioids Russo prescribed to her. She told reporters how she went to a Grand Rapids Township pain clinic with intentions of finding relief now her health is worse than before.

She told Nexstar Broadcast “I would love to look him in the face now for closure and say, ‘You ruined me, you made me homebound, unable to work, unable to teach, unable to go take my kids places.” She added, “He has ruined my quality of life to such an extent that as much of validation it is that he’s not hurting other people, it’s not enough.”

But why were the red flags missed? Why did this go on for almost six years?

68-year-old, Ronald Kufner has been a practicing doctor for more than 30 years. Before transferring to the Pain Center in Warren, he worked at Big Rapids and Traverse City.

“Due to opioid and alcohol dependence” Kufner admitted to taking time off from work two years before a 2006 federal lawsuit.

The second doctor charged this week is known as Christopher Russo, 50, graduated from the University of Michigan Medical School and he has practiced in West Michigan and Florida. He also suffered from substance abuse, according to the Michigan Department of licensing, his license was suspended in 2000 and 2001.

In 2013 he was working at Javery Pain Clinic in Grand Rapids Township was he treated light, he then transferred in 2016

Light saw Russo six times for her pain management with fibromyalgia and back pain. However, she was given painful back injections and painkiller prescriptions that seemed to increase in strength. Light claims she became addicted and suffered through many withdrawals. Not to mention the permanent damage to her back because of the injections of drugs that other doctors have deemed unnecessary and damaging.

Schneider said. “Their (the doctors’) first obligation is to do no harm and to follow the law, and the allegation here is they did neither.”

Because of the vicious crimes the government is now seizing all the doctors’ assets and prosecuting them for crimes that will most likely put them in federal prison for many years.

In Lights case, her statute of limitations has run out, and attorneys tell her after the government gets its share of the doctors’ assets, there will almost nothing left for the victims.

Federal investigators are asking anyone with information related to this investigation to contact them at 313.226.9100.