Macklemore opens up about his 2020 relapse to Dax Shepard: ‘The disease of addiction is crazy’ 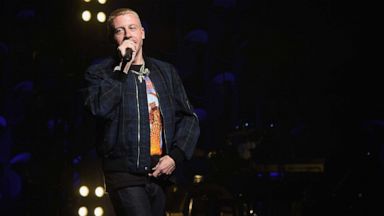 On his podcast, Actor Dax Shepard shared that after 16 years of sobriety he relapsed. He said he i…
Macklemore candidly discussed his struggle with sobriety with Dax Shepard on Monday, admitting that he relapsed during the COVID-19 pandemic.Appearing on the Armchair Expert podcast on Monday, the “Thrift Shop” rapper discussed his relapse with Shepard, who is also a recovering addict.

Macklemore said the September 2020 episode of the podcast, in which Shepard revealed that he relapsed after celebrating 16 years of sobriety, made him cry.

“I really, really resonated with the episode,” the 37-year-old songwriter expressed, adding how amazed he was by Shepard’s ability to be “vulnerable and honest” with his fans.

“It was within two months of my COVID relapse, and the disease of addiction is crazy,” said Macklemore, whose real name is Benjamin Haggerty.

The Grammy winner furthered that speaking about the struggles with sobriety “lets other people feel that they’re not alone.”

“It made me feel, as someone that had relapsed again, like a month or two before, that I’m not alone,” he said.

I Have Been Cheating on You….