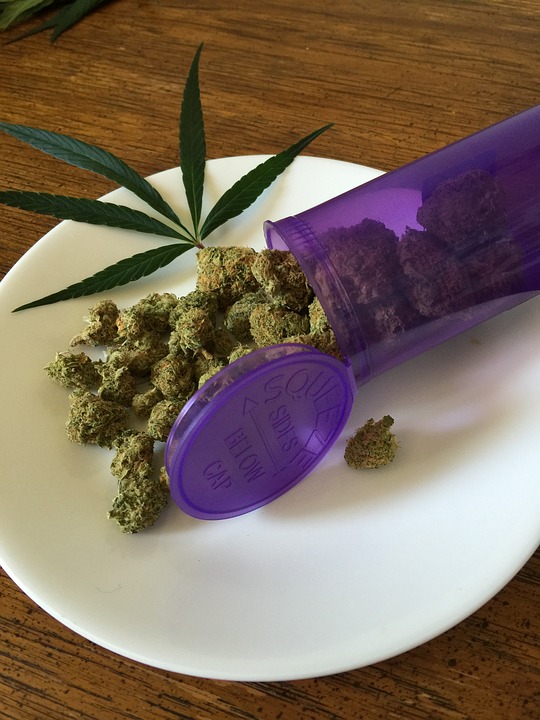 Medicinal Marijuana is proving its benefits in independent studies daily.

As more and more states are approving legalized marijuana for users over 21, or medical reasons for patients over 18, the benefits are turning up in unexpected ways. Experts have been suggesting medical marijuana would help with opioid addiction, and now studies are proving them right.

“This study adds one more brick in the wall in the argument that cannabis clearly has medical applications,” said David Bradford, professor of public administration and policy at the University of Georgia and a lead author of the Medicare study.

“And for pain patients in particular, our work adds to the argument that cannabis can be effective.”

Medicare part D covered patients are given the optional prescription benefit plan for those who have Medicare which covers 42 million Americans in people over 65 and older. Medicaid is the low income health coverage option that covers 73 million people in the US, according to the program’s website.

“Medicare and Medicaid publishes this data, and we’re free to use it, and anyone who’s interested can download the data,” Bradford said. “But that means that we don’t know what’s going on with the privately insured and the uninsured population, and for that, I’m afraid the data sets are proprietary and expensive.”

Since 1990, opioids have increasingly become one of the worst epidemics this country has ever seen. Between 1990 and 2000, 500,000 people were dead from opioid overdoses, more than the amount of American’s killed in World War 2. The following 16 years the increase continued. In 2016, 64,000 people were dead to opioid related deaths. The Vietnam war had 58,220 casualties.

“As somebody who treats patients with opioid use disorders, this crisis is very real. These patients die every day, and it’s quite shocking in many ways,” said Dr. Kevin Hill, an addiction psychiatrist at Beth Israel Deaconess Medical Center and an assistant professor of psychiatry at Harvard Medical School, who was not involved in the new studies.

“We have had overuse of certain prescription opioids over the years, and it’s certainly contributed to the opioid crisis that we’re feeling,” he added. “I don’t think that’s the only reason, but certainly, it was too easy at many points to get prescriptions for opioids.”

At the current rate, 90 American a day are dead from opioid overdose, which ends each year with an expected 42,000 deaths, according to the Centers for Disease Control and Prevention. Opioids kill more than motor vehicle accidents and shooting deaths as the most common cause of accidental deaths in the US.

But Marijuana has shown to be effective in treating chronic pain, seizures, certain mental disorders and Multiple Sclerosis according to the National Institute on Drug Abuse. The research suggest the cannabinoid and opioid receptor systems rely on common signaling pathways in the brain, including the reward system from dopamine signals that is important to drug dependence, addiction and tolerance.

“All drugs of abuse operate using some shared pathways. For example, cannabinoid receptors and opioid receptors coincidentally happen to be located very close by in many places in the brain,” Hill said. “So it stands to reason that a medication that affects one system might affect the other.”

Marijuana is widely known to have little addiction potential and no known overdose deaths in the United States, according to Bradford.

“No one has ever died of cannabis, so it has many safety advantages over opiates,” David Bradford said. “And to the extent that we’re trying to manage the opiate crisis, cannabis is a potential tool.”

In a study from 2014, it showed states that have legalized medical marijuana had 24.8% fewer overdose deaths between 1999 – 2010. A study held 3 years later in 2017 further found that the legalization of recreational marijuana in Colorado reversed the increasing trend in opioid-related deaths.

“There is a growing body of scientific literature suggesting that legal access to marijuana can reduce the use of opioids as well as opioid-related overdose deaths,” said Melissa Moore, New York deputy state director for the Drug Policy Alliance. “In states with medical marijuana laws, we have already seen decreased admissions for opioid-related treatment and dramatically reduced rates of opioid overdoses.”

The first state to approve medicinal use was California in 1996, and since then 29 more states and the District of Columbia have followed. These states have included chronic pain treatment in the approved medical conditions for marijuana use, according to Bradford.

States who furthered the legal recreational use of marijuana saw an addition 6.38% of opioid prescriptions under Medicaid compared to those who just allowed marijuana for medical use, according to Hefei Wen, assistant professor of health management and policy at the University of Kentucky and a lead author on the Medicaid study.

The team that looked at Medicaid patients also found that the four states that switched from medical use only to recreational use — Alaska, Colorado, Oregon and Washington — saw further reductions in opioid prescriptions, according to Wen.

“We saw a 9% or 10% reduction (in opioid prescriptions) in Colorado and Oregon,” Wen said. “And in Alaska and Washington, the magnitude was a little bit smaller but still significant.”

The increasingly popular and fatal drug Fentanyl prescriptions prescribed under Medicare part D also fell 8.5% in states that had the medical cannabis laws, but the different was not as statistically significant admitted Bradford. Fentanyl is heroin’s synthetic cousin that is 50 to 100 times more potent than morphine, and has been known to be fatal in the smallest amounts.

The skeptics have argued that the marijuana legalization could worsen the opioid epidemic, as a study from 2017 showed a possible connection between the two in the US. Most importantly the difference between illicit cannabis use and legalized cannabis use, which would further prove why legalization would be necessary, according to Hill.

“As we have all of these states implementing these policies, it’s imperative that we do more research,” Hill said. “We need to study the effects of these policies, and we really haven’t done it to the degree that we should.”

The two studies only looked at patients who were enrolled on Medicaid and Medicare Part D, so a large amount of the population have not been accounted for. Private insurances make it more difficult to study with the lesser amount of shared information to be studied.

But with a combined 115 million people studied within Medicaid or Medicare Part D, it does show just how many people have benefitted from the legalization of medical Marijuana in their state.