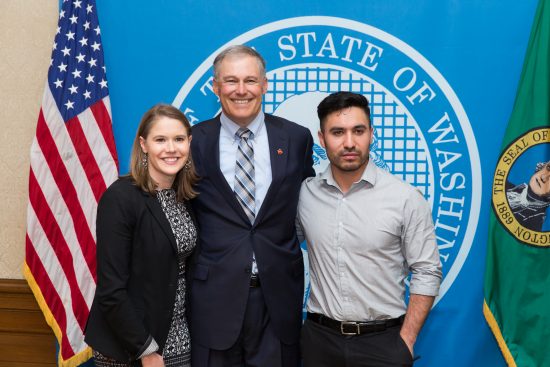 Washington state’s “Ricky’s Law” becomes effective this week after being signed in by Governor Jay Inslee in 2016. The executive director of the Washington Recovery Alliance Lauren Davis, explains the controversial new law “Essentially, Ricky’s Law provides a reset button – it provides an opportunity for people to reconnect with family, to connect with caring providers,”

Davis relates the new law to her own personal experience with a friend, Ricky Garcia who was losing himself to his drug addiction at only 25. At his lowest he attempted suicide.

Over the course of Ricky Garcia’s using, he was seen in Emergency Rooms 75 times, he was held in psychiatric hospitals six times and in the Intensive Care Unit 3 different times.

He was sick and constantly within help’s reach, but without a legal push, doctors were unable to help him.

Davis recalls after one of Ricky’s psychiatric stays the doctor’s warnings.

“He said to Ricky, basically that he was going to die,” she said.

“It was explained to me by his psychiatrist that if he were equally dying of a mental health condition, there could be life-saving intervention. But because his diagnosis was substance use disorder, the hands of the physicians treating him were tied,” Davis said.

And once it was explained to her in those terms, she was ignited to make a change. It led her to begin her crusade the change state law alongside Ricky Garcia, who made a full recovery. Two legislative sessions later, Ricky’s Law was passed.

“A person ultimately has to want it, but it’s also true that a person, very often in the depths of addiction, has no ability to make a choice for treatment,” Davis said.

Under the law, Drug users who pose an immediate threat to themselves or others can be detained and involuntarily committed into treatment. Although the law is only applicable if there is enough free beds available at state designated treatment facilities. Currently there are only 51 beds available, 24 of those are in a North Spokane at the American Behavioral Health System. In planning, the state estimates nine facilities will be needed and are planned to be built between 2018 and 2026. Legislation has approved the funding for the nine facilities to be released immediately, in the amount of $500,000, for building and training for those who currently do detentions for mental health commitments.

Although the number may seem large, Davis says the savings for the state will come in the form of reduced healthcare costs in hospitals and emergency rooms. Instead of multiple visits, users will be exposed to long term help.

Ricky Garcia is now four years clean and ecstatic to have a law input into effect after the hell that he went through, but he feels that if the option were available while he was struggling, he could have been clean much sooner. “It’s a beautiful feeling,” said Garcia. “Because it’s going to save lives, and that’s what’s most important.”

Although Washington State lost 694 residents, without some type of plan the numbers can only increase.