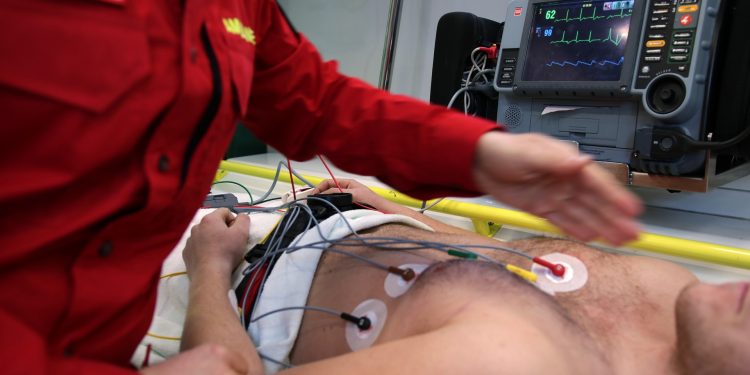 Becoming ill across the country by accidentally touching the synthetic opioid fentanyl while doing routine or dangerous drug stops have created panic among the public and first responders.

However, doctors and toxicology reports say the stories are indeed fabricated and used to cause more havoc among the already stressed out community. Experts have claimed that touching a small amount of fentanyl will not lead to an overdose.

“If you could absorb drugs by touching them, why would people bother to inject them?” asked Dr. Andrew Stolbach, a medical toxicologist and emergency physician at Johns Hopkins Hospital in Baltimore. While also being an expert on the effects of fentanyl exposure.

“Drugs like fentanyl and analogs of fentanyl aren’t absorbed through the skin very well at all,” Stolbach explained. “So brief, incidental contact isn’t going to cause somebody to absorb a therapeutic dose, let alone a toxic dose.”

The drug is commonly used in hospitals for severe cancer patients. The synthetic opioid is administered through a patch and takes up to 72 hours to absorb fully and even then is difficult to completely digest.

“Fentanyl patches require putting fentanyl into special liquid vehicles so it can be absorbed through the skin, and then sealing them against the skin for 72 hours at a time,” Marino stated.

“The patches took decades and millions of dollars to develop and are still incredibly slow and inefficient.”

Typically, when these cases are reported, it has to do with the drugs sold on the street usually heroin or other medications containing illicit fentanyl without the user or first responder’s knowledge.

Last year the U.S. Centers for Disease Control and Prevention declared Fentanyl the deadliest drug in the nation and held it responsible for more deaths than any other drug combined.

According to the CDC, in 2017, more than 28,000 of the nation’s overdose deaths involved synthetic opioids. They claim that in most cases, the opioid involved was fentanyl or one of its analogs because of its flexible make-up.

Many experts like Lemon Gore, who works closely with drug users on the streets of Michigan, say that the “person that is selling fentanyl … that person, for the most part, I would doubt is a chemist and they’re handling it,” Gore said.

“You would have to be in some wind tunnel with massive amounts of fentanyl,” Marino explained, or “someone would have to scatter it into the air.”

The American College of Medical Toxicology and the American Academy of Clinical Toxicology published a paper in 2017 claiming that the odds of first responders overdosing from accidental on-the-job exposer with fentanyl is “remarkably low.”

“It is impossible to overdose from accidentally touching fentanyl. The odds are zero,” believes Marino.

Runners High is Becoming a Popular Term with Americans: Here's Why

Runners High is Becoming a Popular Term with Americans: Here's Why