Runners High is Becoming a Popular Term with Americans: Here’s Why 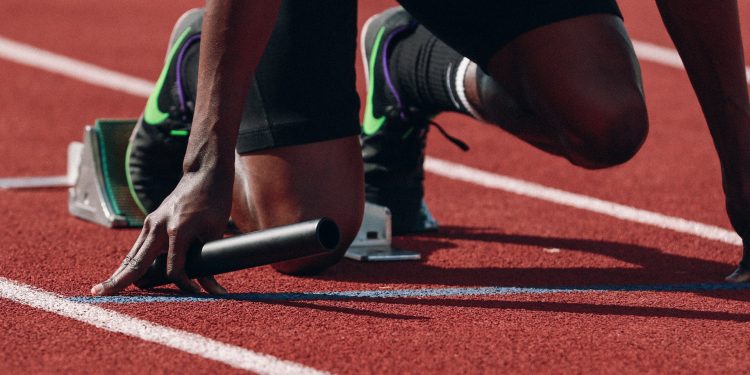 The number of cannabis users in America where it is legal to purchase, claim they partake in the drug right after or before they exercise. Eight out of ten marijuana smokers say that they feel motivated to work out, while it helps them enjoy the exercise more and improve their recovery time.

According to a new study published by the University of Colorado Boulder research team released in the journal Frontiers in Public Health,  is the first to examine the relationship between cannabis use and physical activity. While the majority of the world would think that it would hinder one’s performance the new data collected shows different.

“There is a stereotype that cannabis use leads people to be lazy and couch-locked and not physically active, but these data suggest that this is not the case,” said senior author Angela Bryan, a Lead professor at the Department of Psychology and Neuroscience including the Institute for Cognitive Science.

While the evidence is exciting, she is in no way recommending the use of cannabis while exercising for everyone.

“The evidence is not there yet,” she said. “But I am also not convinced it is harmful.”

Even though marijuana is legal in most states, little is known about how increased acceptance could influence public health measures like physical activity and obesity.

While some believe it would fuel the obesity problem, researchers note that the World Anti-Doping Agency prohibits cannabis use in sporting events due to the potential of increased performance.

For example, ultrarunners seldom use marijuana to battle nausea and boredom on extended runs. Also, epidemiological studies reveal that cannabis-users are leaner, less likely to have diabetes and report healthier blood sugar levels.

“There are a lot of interesting data points and hypotheses out there, but not a lot of them have been tested,” states Bryan.

The team surveyed 600 adult marijuana users in California, Colorado, Nevada, Oregon, and Washington, —among other questions asked—if they ever used cannabis within one hour before or four hours after exercise.

“We were stunned it was that high,” announces Bryan.

They also asked 345 “co-users” (people who use cannabis with exercise) and discovered that they would instead use it after than before. However, 67% confessed that they did both.

In addition to those findings, 70% said it increased the enjoyment of exercise, 78% said it heightened recovery, and 52% said it intensified motivation.

“Given that these are all recognized barriers to exercise, it is possible that cannabis might serve as a benefit to exercise engagement,” the authors recorded.

Although some small earlier studies have suggested, it may be harmful.

More importantly, those who co-used reported 43 minutes more exercise per week than those who did not.

“There is evidence to suggest that certain cannabinoids dampen pain perception, and we also know that the receptors cannabis binds to in the brain are very similar to the receptors that are activated naturally during the runners high,” said co-author Arielle Gillman, a former Ph.D. student in Bryan’s lab. “Theoretically, you could imagine that if it could dampen pain and induce an artificial ‘runner’s high,’ it could keep people motivated.”

Cannabis has also been used as an anti-inflammatory, which could assist in the recovery process.

More data is being collected and studied to determine the exact effects,  just 16 weeks into a new exercise study program that looked at older users, found that marijuana users exercised more than non-users.

“As we get older, exercise starts to hurt, and that is one reason older adults don’t exercise as much,” Bryan explained. “If cannabis could ease pain and inflammation, helping older adults to be more active that could be another benefit.”