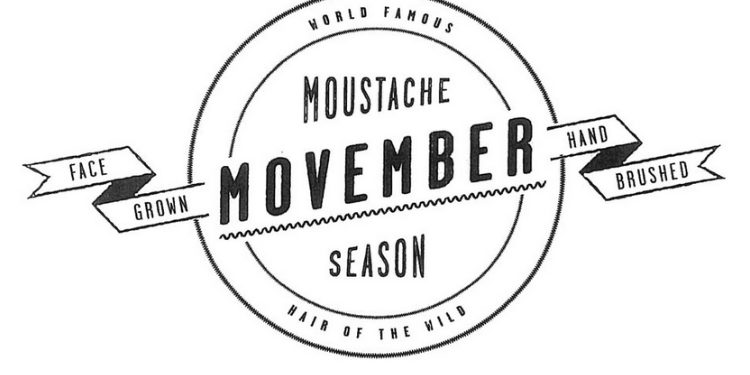 This month welcomes Movember stemming from the Australian-English word ‘mustache’ and ‘November’ which invites us to focus on the issues surrounding men’s mental health. Movember happens every year for the duration of November across the Atlantic and Pacific-facing some of the biggest health issues faced by men: prostate cancer, testicular cancer, mental health, and suicide prevention.

The last year 2017, $67.5 million was raised across 20 countries with over 5 million ‘Mo Bros’ and ‘Mo Sistas’ supporting the cause in individual sponsor events and campaigns. It brought forth the need to talk with the language being a key factor behind the cultural shift, the crisis gap stems from males not talking about their problems and the limited number of professional help available.

According to the World Health Organization, it estimates that 800,000 people take their own lives every year. The numbers continue to grow with one person taking their lives every 40 seconds. Suicide has become the second leading cause of death among 15-29 years old globally. Those committing suicide in the Western world 75% are male. The enormous gap between males and females is spotlighted when you look at the surrounding factors. 40% of men in crisis admit that they won’t talk to anyone, with embarrassment being the main reason, not wanting to burden anyone or because they feel there is no one to talk to.

According to a statement from WHO in April 2018, the statistics show that depression is now the NO.1 health risk for humans with 300 million people suffering worldwide, making it very clear that the need to act is now. This crisis is beginning to be addressed, with additional funds being pledged by governments and by an increase in digital intervention services.

For example in the UK £2 billion, each year is to be allocated for mental health crisis services. And, Babylon Health and Talkspace provide app-based solutions and digital services that connect users to a professional in order to break down some of the barriers created by distance, price, and accessibility.

And, in a similar sphere, we also have apps such as Calm and Headspace which provide meditation training. This is providing a foundation for proactive emotional health exercise that’s been proven to deliver very real mental health benefits.

The foundation of Movember is its cultural intervention using humor, visibility, and simplicity of the mustache. It captures and presents us with a challenge to get involved and be brave while delivering reward among communities. These are the key principals of the network effect and human motivation theory.