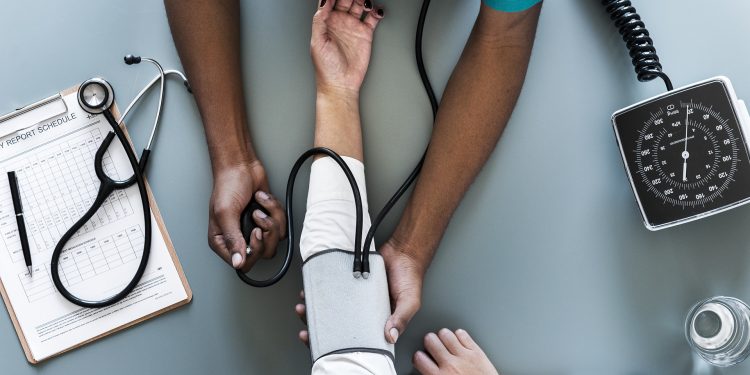 A report has officially disclosed that visceral leishmaniasis (VL or kala-azar) continues to increase in Eastern Africa because multiple weak systems contribute to irregular supply of the treatment drugs.

A study that sought to understand the key barriers, enablers for an effective supply chain for VL medicines and diagnostics in the Eastern Africa region established that serious challenges exist at every level of drug procurement South Sudan, Sudan, Ethiopia, Kenya, and Somalia join high burden countries Brazil and India to contribute by 90% of VL cases to the global annual occurrence totaling to 50000- 90000.

The situation is further complicated by few drug manufacturers who produce kala-azar drugs in eastern because there’s no demand to be producing quality kala-azar drugs and some are further constrained by economic policies such sanctions, for instance, US sanctions on Sudan prevented the export of RDT drugs to Sudan.

“VL medicines constitute a relatively small segment in the companies portfolios, and without market incentives, ceasing production is a plausible scenario.  In the era of universal health coverage, access to quality-assured medicines and diagnostics for VL must be enhanced, particularly for the Eastern Africa region,” BMJ article.

Irregular availability of medicine to treat visceral leishmaniasis (VL or kala-azar) is a big barrier to the treatment of VL in eastern Africa causing increased reports of Kala-azar in East Africa countries because the shortage of medicine results to treat occasional unsystematic outbreaks of VL. The data is never accurately recorded hence it is difficult for drug manufacturers to avail medicine enough for the number of patients.

Presently, the report states that Eastern Africa reports 15000 cases of VL every year needing UD$ 750 000 to manage the annual cases which is about US$ 50 per patient to a disease that needs urgent treatment or else people will die thus a seamless combination of early diagnosis and treatment is the only prevention of spread strategy.

BMJ reports that poor general development and weak health systems infrastructure have been identified as the big obstacles a regular supply of visceral leishmaniasis drugs for treatment in Eastern Africa.

BMJ reports that barriers exist in each of the eastern Africa countries and at every level of the health value chain including weak staff, poor management of medical stocks and health records, poor road infrastructure, supplier challenges and discouraged patients who some get tired of irregular treatments.

Communication on resolving the problems in the treatment of VL is also weak and a barrier in itself suggested to be solved by sufficient monitoring to obtain accurate data.

Kenya’s kala-azar cases have been decreasing but the data is not well documented due to the challenges in the healthcare system brought about devolved government. In Sudan and South Sudan cases of a weak healthcare system characterized by weak staff, weak stock management, and unreliable data are additional contributing to poor management of kala-azar.

In conflict areas in eastern Africa, Kala-azar treatment is also impacted by conflicts, displacement of people, drought and malnutrition impede intervention because kala-azar is not a drug with good returns to the drug manufacturers since it is a rare disease.

The rapid diagnostic test introduced in 2000 that releases results within 20 minutes is identified to be a major boost for VL management in primary healthcare but is not sensitive in Africa but sensitive in Asia.

In East Africa, there have been improvements in the treatments of VL by shortening of treatment days from 30 days to 17 days, however, the main treatment for VL with co-infections with HIV/AIDS LAMB is ineffective in Africa but a successful treatment option in India.

In countries like South Sudan, poor road infrastructure contributes to the challenges together with difficulties to store the medicines where natural environmental temperatures always exceed the 25 degrees Celsius or 30 degrees limit for drug storage.

Another challenge is that the national regulatory authorities also have strict regulation procedures of VL drugs in East Africa with two unique cumbersome cases reported in Sudan and Ethiopia. Registration of two VL drugs took years though unspecified number but the Ethiopia registration is still pending. Part of the challenge is said to be lack of a profitable private market.

It took the intervention of IDA and DNDi to provide technical and financial support to register drugs called SSG and PM in Sudan and Ethiopia. Registration is their only route to ensuring that the proposed solution to challenges likes having VL drugs listed as key drugs in national procurement to ease the availability of supply.

WHO has non-binding Long-Term Agreements with drug manufacturers to increase VL affordability.WHO agreed with Gilead to avail the AmBisome drug at an affordable cost and Albert David for SSG drug. Stakeholders though worldwide want to be able to buy the drug without support from anyone.

This challenge affects both the public sector where the supply of these medicines is done through a different means different from the normal supply of drugs. The NGO based health care facilities in South Sudan, Sudan, Kenya, and Somalia receive their VL drug supply from WHO.

VL is described as a highly neglected disease and it is usually upon the Ministry of Health to plan to finance for the disease even in countries with VL working groups such as Kenya and Sudan. The mismatch in around it where the policymakers are not that aware of the disease and treatment concentrated in towns instead of remote areas where the need is found and is additionally expensive also form a special barrier to its treatment.

Solutions have been recommended including finding a way of pooling resources together to avail the VL drugs but the current practical option being implemented by WHO in East Africa is the web-based District Health Information Systems 2.

The stakeholders in VL support the web-based District Health Information Systems 2 which works by enabling tracking of data of VL such as diagnosis, prescription in VL health facilities to ensure the availability of the drugs when needed.

They recommend that ultimately it is upon each country in East Africa to address the VL problem considering their contexts and coordinate work in the region. For instance, South Sudan and Somalia must factor in conflict context whereas Kenya, Uganda, Ethiopia, and Sudan have varying capacity and resources to intervene in treating VL successfully.