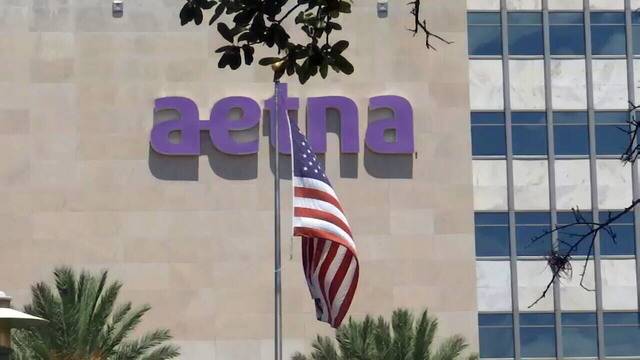 When the foundation pledged $6 million to the states hit the hardest by opioid drug abuse, $1 million is set to be funded toward the Florida Alcohol Drug Abuse Association (FADAA), according to the state group.

In May 2017, Gov. Rick Scott declared Florida’s opioid epidemic as a public health emergency; nearly 12 percent of the fatal overdoses occur in Florida. More than 5,700 opioid-related deaths occurred in Florida in 2016.

The grant is to be used for two projects, one that goes directly to patients who have overdosed and are being transferred to community based treatment. The second part is to be used. The second project will help informal networks of recovery groups gain accreditation so people in recovery have more support, from behavioral health to housing services, as they rebuild their lives.

“Emergency room visits present a critical moment for intervening in an opioid overdose,” Mark Fontaine, executive director of the Florida alcohol and drug abuse group, said. “With closely integrated resources, we can help prevent addicts from slipping back through the cracks.”

The Florida alcohol and drug abuse association announced the funding award in late April; North Carolina’s Harm Reduction Coalition announced in February that it is also set to receive $1 million for its rural overdose prevention program. The remaining $4 million dollars of the $6 million dollar grant has yet to be named by The Aetna Foundation.

Florida hospitals treated 18,0000 opioid overdoses last year, where about 10 percent were second or third overdoses, according to the Florida Hospital Association.

Opioid-related hospital treatment costs exceeded $1.1 billion in 2017 alone, according to the Florida Agency for Healthcare Administration.

“Opioid-related overdoses have touched every community in Florida and our hospital caregivers are among those serving on the front lines of this devastating epidemic,” Bruce Rueben, president of the state hospital association, said in a statement.

In Southwest Florida, the publicly operated hospital system, Lee Health, treated 955 overdoses in its four emergency rooms last year. That was a 103 percent increase from 470 overdoses in 2016. 11 of the 955 people treated for overdoses died last year.

In response to the massive Overdoses seen in South Florida emergency rooms, hospitals and health providers have begun a series of steps to help addicts when they are at their most vulnerable. The first step of the emergency room intervention will begin this month, which will involve getting data from hospitals and referral patterns to treatment centers.

“The number of overdoses being treated in our emergency departments is growing exponentially,” Lisa Sgarlata, chief patient care officer for Lee Health, said.

“Our emergency rooms can play an important role in helping people get the treatment they need to overcome their addiction,” Sgarlata said. “We are thrilled to learn about Aetna’s grant and look forward to being part of the solution.”

A “warm handoff” is known locally in Collier County, as the process of passing a patient from the NCH Healthcare System and the nonprofit David Lawrence Center, the dominant community-based treatment center, said Maggie Baldwin, clinic director of Crossroads, the adult addiction treatment program at David Lawrence.

The process goes as such, NCH nurses call for a specialist at David Lawrence after one of their patients has overdosed. The representative will then follow up with the staff at the hospital and try to offer treatment to the patient.

Typically two or three people in every 28-day inpatient cycle of treatment in the 18-bed Crossroads come from NCH, she said.

“It’s a steady stream of folks,” she said. “We call that the warm handoff. We know we will have a better chance of the clients staying engaged.”

Clinic Director Baldwin did not have the exact number of on how often people relapse when they don’t go directly seek treatment from the hospital, but the likelihood of a relapse is known to be greater.

“It’s a risky situation for most people unless they have a great support system,” she said.

After a patient has been admitted to NCH is one story, but the challenge remains for those now recovered who need to be placed into long term treatment once they have been medically cleared for discharge, Betsy Novakovich director of emergency services at NCH, said.

“The challenge is the community resources,” she said. “From the hospital side, it is not a problem.”

Although NCH works with several other community treatment centers other than David Lawrence, with the high rate of intakes, local resources are stretched thin.

The hospital system is tracking heroin overdoses for a mapping initiative for the Collier County Sheriff’s Office; there have been 33 heroin overdoses since August 2017, she said. She did not have data readily available for other opioid overdoses.

Baldwin hopes to see recovering peer specialists begin to make visits to overdose victims while they are still in a hospital to talk about community-based addiction treatment.

“It’s someone who speaks their language and speaks the language of hope,” she said.