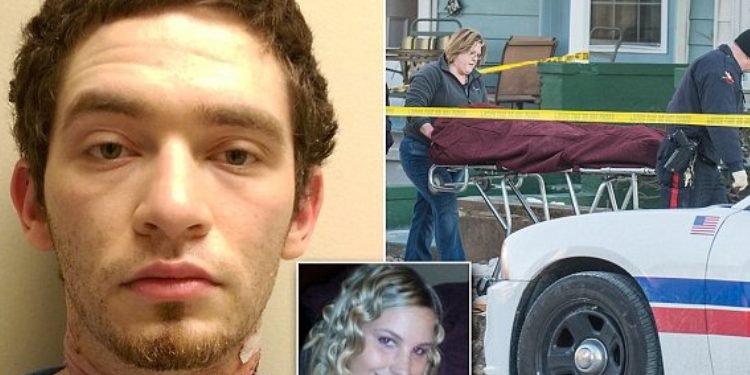 After being sentenced to 60-years in prison for bludgeoning his girlfriend and her father to death in a drug-fueled rage back in 2015, Dennis Pozniak is now getting a new trial.

During court Monday, a state appeal claimed that it was “reluctantly” granting Pozniak, 31, a new trial because the judge on the case should have considered a lesser charge of aggravated manslaughter instead of murder, during his 2017 trial in Burlington County Superior Court.

According to the Appellate Division, the decision was not a reflection of the credibility of Pozniak’s defense: claiming that he was so mentally ill and high that he had no idea what he was doing while he was doing it.

“We preface our remarks by making clear that there was more than sufficient evidence for the jury to conclude beyond a reasonable doubt that defendant acted purposely and knowingly in killing the two victims,” the decision read.

Text messages were used in the case by the Prosecutors to prove to the jurors that Pozniak was furious that his girlfriend, Nicole Wilson, 24, for kicking him out of the family home.  He blamed the father, Bryan Wilson, 52, who struggled with alcoholism, for causing their relationship to fall apart.

According to the prosecutors, On Jan. 30, 2015, the suspect grabbed a large pipe wrench and made his way into Bryan Wilson’s bedroom, locking the door behind him before beating the father in skull as he slept in his bed, he then made his way to the couch were his girlfriend was sleeping, and did the same thing.

He testified that he proceeded to take a cocktail of prescription drugs and cut himself around the neck and other places, in the attempt to take his life.

Pozniak’s testimony shows that his already-fragile mental state began to interfere with his usual way of thinking in the days leading up to the killing since he started abusing more prescription drugs and worrying about his relationship.

They also added that Bryan Wilson’s alcoholism and his job caused his mental state to deteriorate. He claimed he had hallucinations, including that there was money buried in the woods behind his home, also aware he was having blackouts.

The suspect told jurors that he no memory of killing his girlfriend and Bryan; however, he believes he did it. In his defense, he is saying that his substance abuse and mental health issues suggest that he did not have the mental strength to purposely or knowingly “kill” per the legal definition of murder.

The first trial judged by, Judge Jeanne T. Covert concluded that while the jury had the option to either convict him of murder or acquit him, against Pozniak’s request, the jurors couldn’t consider an aggravated manslaughter charge. This is because she claimed the evidence in the case and his “diminished capacity” argument did not support a decision instead that he caused the deaths in a rage.

Covert got it wrong, according to the appeals panel.

Instead, it ruled that the jury could have convicted him of aggravated manslaughter if it concluded that Pozniak had recklessly caused the deaths after he ingested large amounts of drugs and alcohol that night to commit murder.

“Defendant was aware of the risk the combination of drugs and his mental illness posed to his ability to control his behavior,” the decision read.

Other issues surrounding the outcome of the decision that could play a massive part in the re-trial is the fact that Covert did not let jurors hear the full statement that Pozniak had given to police when he was hospitalized after committing the crimes.

However, the court did not agree with Pozniak that the whole recording should have been played, although they do believe that the judge should have played important parts of the conversations. For example, when Pozniak denied killing the two, explained how intoxicated he still was, hours later, and believed that his girlfriend was still alive and outside in the waiting room of the hospital.

The Burlington County Prosecutor’s Office announced it would re-examine the decision and choose how to progress with the case.