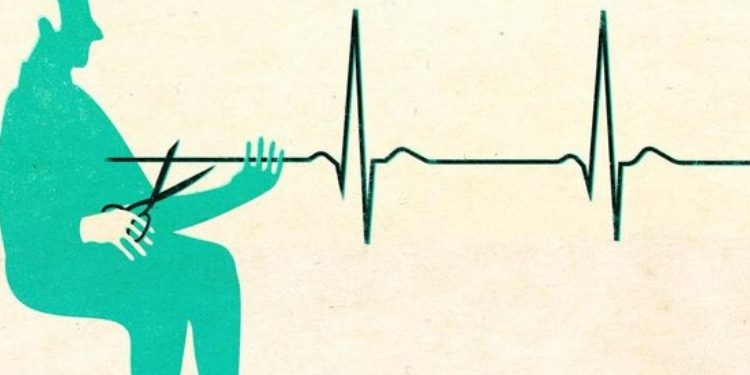 The idea of assisted suicide has been a very controversial subject among state lawmakers. The state of New Jersey has climbed over another significant hurdle in a battle to legalize assisted suicide.

The reports indicate that Thursday the Senate Health, Human Services and Senior Citizens Committee voted 6-3 in favor of the Aid in Dying for the Terminally III Act, which allows adult residents to obtain a prescription for life-ending drugs if a doctor has determined they have six months or less to live. The doctor also takes into account the amount of pain the patient has endured or will endure in his final days or weeks of life.

Dr. T. Brian Callister, a huge opponent of the newly reformed bill, told the press in an email: “I thought the hearing was highly irregular. They did not allow many if not most of the people who oppose the bill who signed in hours ahead of a chance to speak. As an example, there were six high influential physicians there with me in opposition to the bill, including the medical ethics director from Columbia (University), and only two were able to speak — one New Jersey physician and myself.”

“It seemed very irregular — really a charade of a hearing with the outcome a foregone conclusion, ” he concluded.

According to the new source, the bill is required to pass both houses of the Legislature and be signed into law by Democratic Gov. Phil Murphy.

“If it does pass, my experience has been that most physicians and pharmacists, even if they were tacitly for it, want nothing to do with actually participating in assisting with suicide,” Callister explained in an email to Fox News.

The hopes he has for his participation include, “educating legislators about the perverse incentives and unintended negative consequences that physician-assisted suicide carries with it.”

Many refer to assisted suicide has ” Death with Dignity” or “Medical Aid in dying,” however Callister refuses to use such belittling “candy-coated” phrases. He adds, “I consider both labels disingenuous.”

According to reports, only a handle full of states in America has legalized the practice of assisted suicide, including California, Hawaii, Colorado, Oregon, Vermont, Washington, and Washington D.C. The states have enacted the right-to-die law, under Montanas bill that was established under a court ruling, which provides physicians a legal defense or immunity from prosecution.

Despite the growing support for the new bill, the New Jersey Catholic Conference asked its parishioners to urge state legislators to vote no on the bill, highlighting their concerns in a statement. Which read,  “In the states that have passed assisted suicide bills (California, Vermont, and Oregon) insurance companies had denied individuals healthcare coverage but offered them low-cost drugs to end their life.”

Many opponents are claiming the new laws offer little to no protection to protect against abuse and addiction.