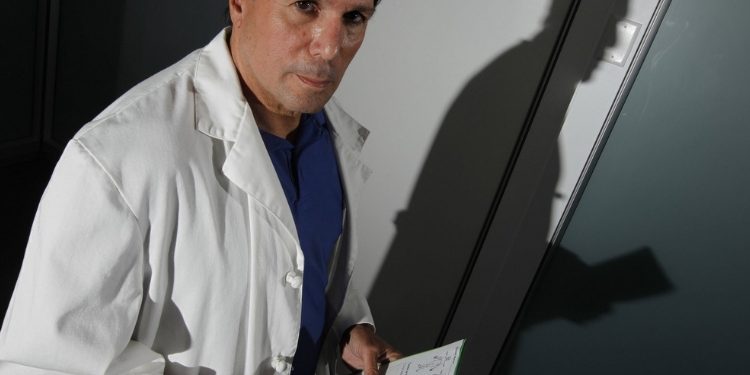 Anthony Anzalone is a favorite doctor among New Jersey cannabis patients, more commonly known as “Dr. Marijuana” and advertised as “NJGreenMD.” Anthony became the first physicians to participate in New Jersey’s medical marijuana program and boasted about the number of patients he referred.

However, on Thursday he earned the title of the being the first doctor to jeopardize his license, by “indiscriminately authorizing” more than 3,000 patients, most of which don’t qualify under the state’s conditions list. He failed to conduct a routine that is state mandated to diagnose their medical needs and obtain the correct medical records, according to Attorney General Gurbir Grewal.

Grewal claims the famed obstetrician and gynecologist became successful by meeting patients in rented hotel ballrooms across the New Jersey area, charging up to $350 for the initial visit and $100 every quarter to renew their registration in the program. The report states he authorized 3,250 patients over four years.

Dr. Marijuana most likely made more than $1 million just off consultation fees, Grewal said the doctor’s license had been temporarily suspended. Paul Rodríguez, acting director of the Division of Consumer Affairs, said in a statement, “We allege that Dr. Anzalone exploited his patients and the MMP for his gain, completely disregarding the regulations meant to protect patients and promote the efficacious use of medicinal marijuana.”

“By temporarily suspending Anzalone from practicing medicine, we are making it clear that we will not allow unscrupulous doctors to enrich themselves at the expense of the safety and welfare of their patients and the public,” he added.

“State legislatures may relax their laws against marijuana – and many already have – but there are limits to what state law allows, and the public should know that we vigorously enforce those limits to protect public safety and prevent unlawful distribution,” Grewal said.

Gov. Phil Murphy is to thank for the growing program since he took office last year. The NJ medical marijuana program has since doubled and has about 40,00 patients, mainly due to the expansion of qualifying conditions, including anxiety and various forms of chronic pain. Doctors are still reluctant to participate, despite the change. For example, out of 28,000 registered physicians, less than 900 have registered, with 40 percent joining since Murphy took office.

Back in 2013, he told NJ reporters that it was his duty “to find out how the patients are doing when they come back, to see if it is working or not. And then to figure out another plan, OK, you need this, this and this. I’m looking to write a recommendation to that center or even bring it to that center with you and see what these guys can give you.”

However, investigators determined that Anzalone did not screen patients to see if they met the qualifications under the requirements of the state and didn’t follow-up with any of his patients, claimed a complaint released by the Attorney General’s office.

“We allege that Dr. Anzalone failed to adhere to even the most fundamental rules of New Jersey’s Medicinal Marijuana Program, a program carefully regulated to meet the public’s need for compassionate treatment alternatives while preventing unlawful marijuana distribution and use. We expect physicians to abide by the rules and regulations of their profession, no matter what kind of medicine they are practicing,” Grewal said.

Jef Henninger of Tinton Falls, the attorney representing Anzalone, claims his client is innocent of all claims and allegations.

“The Department is assisting patients to find new physicians, who will assess them based on their medical history and make a professional judgment about whether the patients qualify for treatment with medicinal marijuana,” Health Department spokeswoman Donna Leusner said.

Due to the open case the Board of Medical Examiners Wednesday temporarily suspended Anzalone, 66, of Cranford, who has agreed to cease his practice by Feb. 8th along with handing off his current patients. Grewal said his license would remain suspended until the board makes their final decision and the investigation is done.

If you’re looking from treatment close to home, search in your browser “ New Jersey drug rehab near me “ and use our directory to find a center. For more information please call our 24-hour hotline, CALL US (888) 510-3898