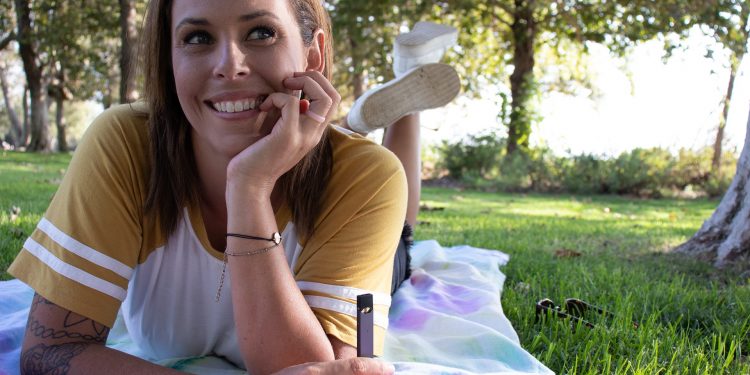 Since the backlash media that Juul has received they have made extensive efforts to curb the use of its products by teens amid the pressure from the Food and Drug Administration. However, the most significant following on their Twitter account in 2018 was the younger generation according to a new data report.

The new research study published in the peer-reviewed journal JAMA Pediatrics on Monday analyzed the data from the official Juul twitter account throughout April of last year and discovered that around 44.9 percent of the general public statements following the brand were people between the ages 13 and 17 years old. Also, approximately 80 percent of the public following the Juul account belong the users between 13 and 20, which is still considered an illegal age to purchase tobacco products in some parts of America.

Kim noted that young kids vaping has climbed in recent years due to social media companies having lenient age-restrictive policies in place. She believes that these major companies need to have a better marketing strategy when it comes to ensuring the safety of teens.

A spokesperson for Juul announced in an email stating that the company questions the methodology behind the research, suggesting that it “differs significantly” from the current date made public through Juuls Twitter’s tools and CX Social by Clarabridge.  Despite the recent findings, Juul states that the company date from May of last year showed that only 3.9 percent of teens between the ages of 13 and 17 were following the Twitter account.

“Twitter does not allow automatic age-gating. At the time of the author’s study, we had a team at JUUL Labs that proactively, manually blocked underage users from following our Twitter feed. We do everything we can to prevent youth from engaging our company on Twitter and, as noted above, do not advertise or promote JUUL products through our account,” the spokesperson said, highlighting that the tobacco company also works to eliminate and detect third-party content advertising its products to youth from any social media platforms.

According to a statement made by lead research author Kar-Hai Chu, Ph.D., assistant professor of medicine in Pitt’s Center for Research on Media, Technology and Health, said  Juul promises it’s “not trying to target adolescents with their advertising or sales, but our research clearly indicates that a sizeable proportion of their Twitter audience is exactly this population.”