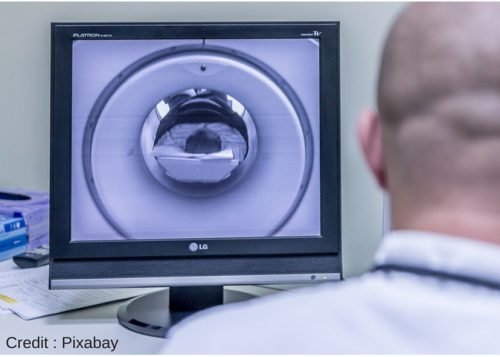 It’s hard to find anyone – children, teens, or adults, who has not, or who does not suffer from depression these days. The National Institute of Health (NIH) reports that over 18,000,000 adults suffered from a major depressive episode in 2018 with 18-25 year- olds comprising the largest group. Everyone seems to be affected by depression, either personally or peripherally. And it is becoming more pervasive, every year.

Depression is not contained in a sealed little box, affecting only the one actually experiencing it; it spills over and out, and it exacts a costly toll on others, specifically loved ones, as well as on employment costs, healthcare costs, personal finances, and so much more. The World Health Organization reports that depression is the 2nd leading cause of disability today.

Oddly, as prevalent and proliferating as depression is, the historic treatment protocols are largely less than adequately effective. Antidepressant medications, the go-to treatment for depression, are costly, are often considerably less effective than the desired outcome, and they are beset with undesired side effects. Most depression sufferers obtain a prescription for antidepressant medication(s) from their primary care physician, which typically results in a ‘trial and error’ process over an extended period of time to try to find a medication(s) that provide some relief with the least number and intensity of side effects. Others may actually consult a psychiatrist, who often follows the same process.

The problem with medication as a response to depression is multifaceted: It is largely ineffective; multiple medications are often needed for any relief; it can become less effective over time; it creates dependence; it is temporary (i.e. it must be taken at a therapeutic dose for any effect); it is ‘global’ in the body, not specific; and its side effects, such as lethargy, ‘foggy brain’, weight gain, sexual apathy or dysfunction, among many others, make it intolerable.

Talk therapy, the other time-tried treatment modality, can be helpful, but it often has limited success, requires months, even years of commitment, is expensive, and it’s time consuming.

Additionally, neither of these interventions address depression symptoms at a physical, structural, cellular level.

Another historical option for the most treatment-resistant cases of major depression is Electroconvulsive (‘shock’) therapy, which conjures images of ‘One Flew Over The Cuckoo’s Nest’, and which is still utilized in certain instances, today. Electroconvulsive therapy emits an electrical current into the brain; it is ‘invasive’; it requires that the patient be sedated to administer; and it has side effects, primarily memory loss.

Surprisingly unknown to the vast majority of depression sufferers, and even more notably unknown to the majority of medical/psychiatric professionals, there is another, more effective depression treatment option than the above referenced ones, which has been widely researched, tested, and FDA approved, since 2008 – transcranial magnetic stimulation (TMS).
Transcranial magnetic stimulation is a revolutionary, proven therapy for treating depression. It works by introducing a magnetic field not an electric current into the brain in order to stimulate dysfunctional neuronal cells in the ‘mood’ center of the brain, which increases neuronal activity, connectivity, and plasticity, thereby significantly improving mood, function, energy, focus, and general well-being.

TMS is non-invasive, meaning that the mechanism of treatment is ‘outside’ of, and does not physically enter into the body – the TMS device simply rests on a specific area of the head. It requires no anesthesia. It has almost zero side effects. And there is no recovery period required after each treatment, such that the patient can resume all normal activities immediately following the treatment session.

Since its approval for use by the FDA, transcranial magnetic stimulation has been increasingly researched and vetted and it is finally becoming far better known and widely understood by medical professionals and the general population alike. Statistics indicate that TMS is effective in 70%+ of patients with many experiencing complete remission of depression symptoms.

Dr. Alan Manevitz from Cornell Medical School and his partner, Dr. James Halper from New York University School of Medicine, two of the pioneers in TMS therapy, labeled it ‘a new pathway of treatment’ without the problems associated with antidepressant drugs.

The Center for Disease Control has stated that the potential for TMS is enormous, and increasing. This statement is being confirmed, broadly, by a growing number of psychiatrists and neurologists, who have observed in their own patient populations the tremendously effect tool TMS is in reducing and often completely remitting depression, even in the most treatment-resistant sufferers.

Many physicians are using transcranial magnetic stimulation, more and more, as a first line of treatment for their new patients, as well as with their long-term patients, who have experienced minimal success with medication and/or talk therapy over time.

Assuming that depression will follow the upward expansion curve it has followed for the past several years, and continue to affect a greater and greater portion of the population, the need for new, progressive, and effective treatments will increase, correspondingly. Transcranial magnetic stimulation therapy’s day seems to have arrived. It is hard to argue against pursuing a treatment option that is non-invasive, has almost no side effects, is minimally time intensive, and which has such a high remittance rate, upon completing a single course of treatment.

Presidential Candidates are Releasing Plans Including Cannabis for the VA