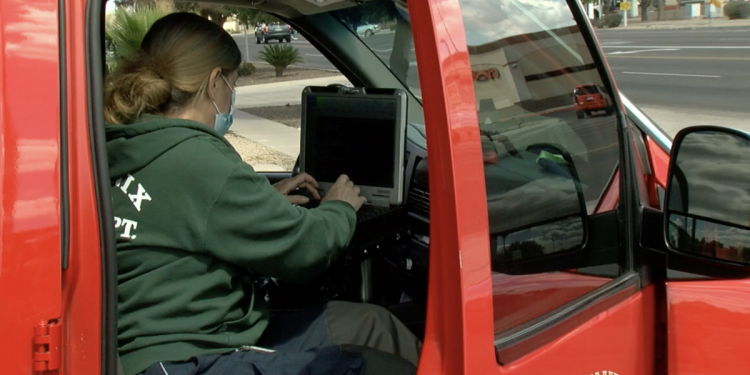 Phoenix City Council is considering a proposal to send crisis counselors, instead of police officers, to 911 calls involving mental and behavioral health issues.

If approved, the city would dedicate $15 million a year, starting July 1, to expand the fire department’s Community Advocacy Program. The funding would pay for 19 vans with more than 130 civilian crisis interventionists. They will operate around the clock responding to 911 calls involving homelessness, substance abuse, mental health, or behavioral health issues.

The counselors could deescalate situations and help people find treatment and community resources. City officials say this would allow officers to concentrate on crimes and public safety issues.

“I hope the program will help connect people to the services they need while reducing negative interaction and sometimes deadly consequences,” Mayor Kate Gallego said.

The expanded Community Advocacy Program would utilize a combination of city employees and contracted workers from local behavioral health facilities.

A group called Neighborhood Organized Crisis Intervention Program has been advocating in recent months for a crisis counselor program after noticing successful programs in other cities.

“It takes a lot of community involvement to gain that trust and community engagement to figure out, like, what exactly Phoenix specifically needs in this type of program,” said NOCAP member Samuel Marten.

At Tuesday’s Phoenix City Council meeting, where the proposal was first introduced as part of next year’s trial budget, members of the public called in to comment.

Some community members questioned why there would be no decrease in police staff or budget since thousands of 911 calls would ultimately be diverted from the police to the counselors.

A Story of Crisis, Resistance, and Hope in an American City