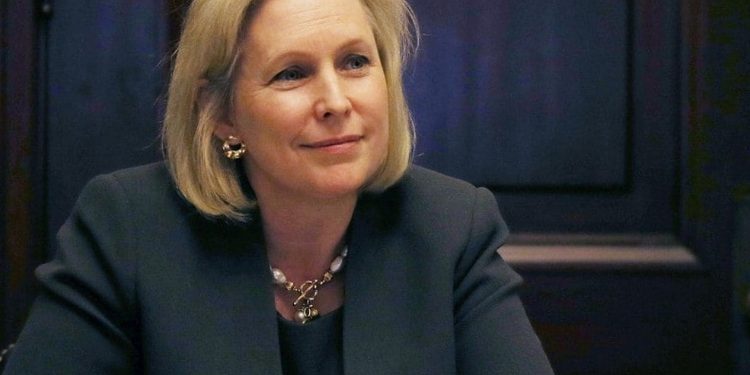 With the primary season coming to a very chaotic end, every day seems to unearth new contenders for the Democratic Party’s presidential nomination in 2020. Early Tuesday, New York Senator Kirsten Gillibrand announced her candidacy to be the 46th US president and first female. Back in 2009, Gillibrand has become very popular within the issues surrounding sexual-assault survivors and for opposing the cannabis prohibition.

Gillibrand shot out of the shadows when last February she did her part in co-sponsoring The Marijuana Justice Act– a legalization bill introduced by New Jersey Senator Cory Booker (D). Gillibrand hailed the law as a way to overcome years of racial injustice perpetrated by the War on Drugs and to stop the federal marijuana ban from ruining the lives of young American.

Senator Gillibrand argued in a statement saying, “Just one minor possession conviction could take away a lifetime of opportunities for jobs, education, and housing, tear families apart, and make people more vulnerable to serving time in jail or prison down the road. The reality that my 14-year-old son would likely be treated very differently from one of his Black or Latino peers if he was caught with marijuana is shameful. Legalizing marijuana is a social justice issue and a moral issue that Congress needs to address, and I’m proud to work with Senator Booker on this legislation to help fix decades of injustice caused by our nation’s failed drug policies.”

Not long after she announced her support for finally legalizing marijuana once and for all, she spoke across the country representing marijuana patients by accusing Big Pharma of hindering efforts to legalize medical cannabis.

Less than two weeks later, Senator Gillibrand spoke out in favor of medical marijuana patients across the country by accusing Big Pharma of obstructing efforts to legalize medical cannabis

This morning she argued during an interview on Good Day New York, “To them, it’s competition for chronic pain, and that’s outrageous because we don’t have the crisis in people who take marijuana for chronic pain having overdose issues. She added, “It’s not the same thing. It’s not as highly addictive as opioids are.”

The question that floated around the interview was whether or not she thought cannabis was a ‘gateway drug’ that led to abusing or trying harder substances like heroin or cocaine? The senator immediately dismissed the question and urges Americans to be less worried about marijuana and more focused on the fact that opioids are legal and killing more people than car crashes now.

“I don’t see it as a gateway to opioids,” she replied with great passion. “What I see is the opioid industry and the drug companies that manufacture it, some of them in particular, are just trying to sell more drugs that addict patients and addict people across this country.”

If you’re looking from treatment close to home, search in your browser “ New York drug rehab near me “ and use our directory to find a center. For more information, please call our 24-hour hotline, CALL US (888) 510-3898