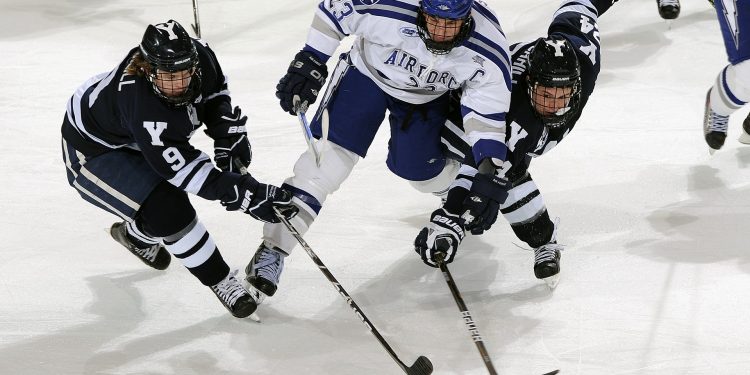 Over the last decade, the NFL has urged its presidents to allow the use of medical cannabis. Many health trainers who treat these players have pushed for marijuana as an alternative treatment for the player’s injuries. Now, the NHL is following their path. Retired hockey players have joined one of the most extensive study of its kind.

A project between Neeka Health, the NHL Alumni Association, and Canadian company Canopy Growth are said to take place next yeat. The main goal is to explore the true potential of cannabis in sports. The Canadian cannabis company will be leading the experts of 100 participants. Fifty athletes will receive CBD, or cannabidiol, in a controlled study to assess whether the compound is safe and effective for treating brain trauma while the other half of the participants will take a placebo.

“We are reasonably optimistic that cannabis, and especially the CBD part of cannabis, can relieve a lot of that suffering,” said Dr. Charles Tator, a neurosurgeon who specializes in concussions.

He added, “It’s rather sad when you see these giants of sport having to deal with terrible headaches and emotional issues as well — there’s quite a bit of anxiety and depression and PTSD in athletes that have gone unrecognized.”

As an athlete experiences head injuries or trauma, it will lead to permanent damage, leading to stress disorders, dementia, or mood swings in some players. However, in some cases, concussions can ignite a life-threatening hemorrhage in the brain. According to multiple studies, cannabis can reduce inflammation and even has the ability to regenerate damaged brain and nerve cells

As of today, the NHL still bans hockey players from taking any cannabis product, medicinially or recreationally. Although CBD products lack high amounts of THC, some traces can still show up on a regular drug test. However, the NHL has been known to be one of the laxest pro league when it comes to drug test for cannabis. For example, ESPN reported if NHL players come up hot during a drug test, league doctors weigh whether they believe the player may have a drug abuse problem. When they deem it a problem they will issue the players to a drug counseling class. In some instances the league will give fines or suspend the player.

Although, unlike the NFL, the NHL does not permeanlty ban players for smoking only weed. The sports league may soon follow the NHL’s league prior to the histoircal sports study.