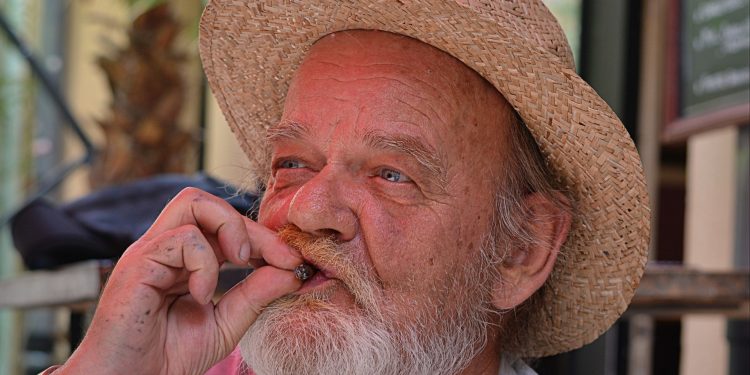 Hip grandpa and grandpas of the marijuana legalization movement have come out of hiding this year as an estimated 400,000 Canadian seniors used cannabis this year. That’s ten times more than the number of baby boomers who lit up back in 2012. Critics were triggered when Canada made the bold decision to legalize the plant federally. Their sole argument was that legalization would increase teen marijuana use. However, new reports have proved those fears to be very inaccurate.

One Canadian demographic is smoking more weed than they ever did before; Canadians aged 65 and older are the country’s fastest-growing demographic of marijuana consumers. According to new data from Statistics Canada, the country’s national statistics agency, the number of senior citizens who smoke may continue to climb for the next three years. It may be higher due to the laxation of laws. Whereas back in 2012, only one percent of all Canadian seniors (approximately 40,000 people) confessed to using marijuana.

The new study also found that most of the seniors are now trying cannabis for the first time because they feel safe while doing it, and not criminal. “While 10 percent of cannabis consumers aged 25 to 44 were new users in the second and third quarters of 2019,” Statistics Canada wrote, “more than one-quarter [27 percent] of cannabis consumers aged 65 and older” tried cannabis for the first time over the last three months.

Also, the data discovered that seniors’ approach to weed is distinctly different than younger demographics. For example, seniors were less inclined to report using marijuana daily than people under 65. They also found that many seniors only used cannabis for medical reasons. Over half (52 percent) of all seniors recorded using marijuana solely for medicinal purposes, compared to 24 percent who use it recreationally and 24 percent who use it for both reasons.

Elderly smokers are also one of the most significant contributors to the legal market. Seniors reported that only 23 percent of those over 65 sayings that they bought their pot on the black market. However, 39 percent of adults between 45- to 64-years-old, 43 percent of those between 25- and 44-years-old, and 52 percent of people aged 15 to 24-years-old all said they only bought illegal weed. Whereas, Only 8 percent of all Canadians, regardless of age, said that they grew their plants.

Out of the entire Great White North, cannabis is least prevalent in Quebec, with 11 percent of residents using cannabis. These numbers make sense to the providence having the most strict marijuana rules and policies.

Studies Confirm " Smokers Face" is Real, and Cigarette Use is on The Rise- Again.