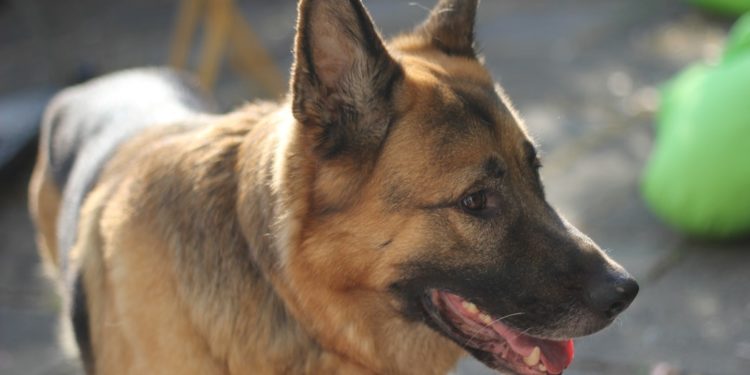 As far back as March 2018, government reports continued to reveal the extensive damage inflicted by the Opioid Crisis and how (in a very disturbing twist) the very medications that are designed to help us have actually made our lives worse. As of 2015, an estimated 2 million people suffer from a form of opioid addiction, while an estimated 117,000 people died as a direct result of opioid-related overdoses. In fact, if you were to compare our problem with the rest of the world, you would realize that the United States distributes more prescription opioids than any other country (at a rate of 66 drugs per 100 people). That is more than the number of people killed during three major wars along (Korean, Vietnam, and Iraq).

To call the situation a war on drugs would be appropriate, considering we have a task force of police officers, K-9 officers, police dogs, firefighters, and paramedics ready to help victims suffering from overdoses and to catch the people who are contributing to this terrible epidemic. However, would your perception of the Opioid Crisis change if you realized that some of our strongest heroes are among the victims suffering from overdoses?

According to reports from 2017 and 2018, rescue teams and their dogs are falling victim to a dangerous drug called fentanyl, a painkiller that has been responsible for a spike in opioid-related deaths in recent months. Simply touching or inhaling a grain of the drug is enough, as fentanyl is 50 times more powerful than heroin.

Let’s take a closer look at the festering fentanyl problem and see how our finest are handling overdose cases on their front, so we can better understand drug treatment options for this terrible problem.

Considering the Rise in Opioid-Related Deaths

According to Emily Feinstein (executive vice president of the National Center on Addiction and Substance Abuse), the Opioid Crisis has not gotten worse of the years but has (instead) skyrocketed to a dangerous level. In 2016, opioid-related deaths spiked by 21.6% (higher than the 11.4% boost in 2017), with over 64,000 Americans dying after consuming these drugs. In fact, CDC studies conducted by Puja Seth (an epidemiologist) revealed that 2/3 of these fatalities resulted from dangerous synthetics.

Among the strongest contributors to this fatality rate is fentanyl, a compound that is 50 to 100 times stronger than morphine (a naturally-occurring opioid). One of the most infamous cases of this drug is the death of pop/rock singer Prince, whose blood contained toxic levels of fentanyl.

The Terrifying Reality of Fentanyl

So, besides the staggering power, what makes fentanyl especially terrifying?

Reports indicate that drug dealers will cut down the amount of heroin in a drug package and replace it with fentanyl, a cheaper and more addictive alternative. On a side note, authorities are particularly frightened of a fentanyl-laced drug called Gray Death, a literal “death potion” (as its name suggests) that combines heroin with a dangerous elephant tranquilizer.

Even worse, the drug can induce a high if it is absorbed through the hands, an unfortunate reality that law enforcement officials have learned the hard way.

While we rely on our police officers and rescue teams to help us deal with the Opioid Crisis, the tragic reality is that some of our strongest heroes are falling prey to fentanyl during simple drug busts or rescue attempts. As the cries for help and need for drug treatment has skyrocketed in our country, the responsibilities of emergency crews have become more dangerous than they have ever been before.

In fact, police officers are not the only ones falling victim to fentanyl. Now, their beloved four-legged companions are also suffering from overdoses. 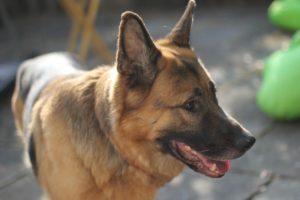 As part of their training, police dogs are taught to sniff out narcotics and other dangerous drugs, and that is where the danger lies. Unlike humans, who use our eyes and fingers to seek something, dogs primarily rely on their keen sense of smell. As they detect toxic substances like fentanyl, the police dogs are inhaling the residue and suffering from “highs” or (in the worst case scenario) an overdose.

Fortunately, rescue officials have started integrating a form of emergency drug treatment into their arsenal of weapons: naloxone kits.

Used by paramedics and emergency room doctors for years, naloxone is a special type of medication that (simply put) is designed to reverse the effects of opioid overdoses, almost instantaneously. (In some U.S. states, addicts or their loved ones can also carry this substance in case of an overdose.) Most importantly, though, it can save thousands of lives.

Overall, naloxone is administered as an injection or a nasal spray. In the case of K-9 units responding to drug busts or overdose situations, officers typically carry both forms. For specific grades of police dogs, veterinarians will prescribe human-grade naloxone.

At The Recover, we fully understand how difficult the treatment process can be for opioid addicts through our daily work to help these individuals overcome this terrible, painful disease. Although many people believe they can overcome their problems without help, residential drug treatment programs are still an essential step on the road to recovery. Although the path to health and happiness might not be an easy one to take, you can finally enter the threshold to freedom with the help of a loving, supporting team. Additional aspects like counseling and psychological care can ensure you address underlying psychological issues that ultimately led you to become an addict. From here, you can build an infrastructure that will help you live your life with entering relapse, all with the help of a solid residential drug treatment program.

Tags: Considering the Rise in Opioid-Related DeathsFentanylHow the Heroes of Our Society Are Falling Victim to a Dangerous PainkillerK-9 Unit Police Dogs Are Falling Prey to FentanylOpioid CrisisPolice Officers Die from Opioid-Related OverdosesThe Terrifying Reality of Fentanyl
Previous Post

How LSD Is Making a Comeback in Professional and Social Circles