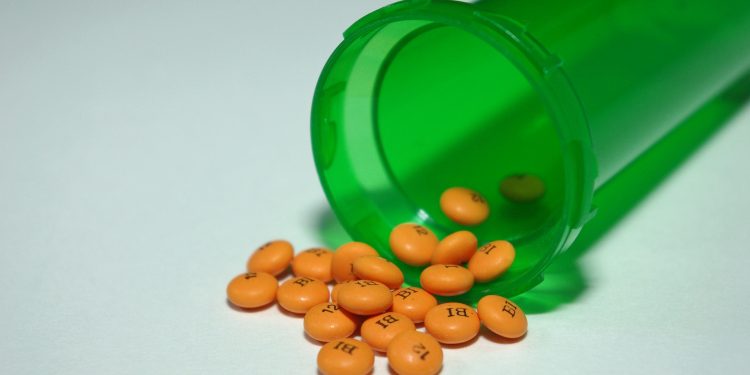 The number of opioid prescriptions overdose deaths may have decreased amid the crisis of overuse and overprescribing. However, suicide attempts linked to some non-opioid medications replacing them have risen.

According to the study, published in the journal Clinical Toxicology, scientist looked at the consequences of drugs labeled gabapentin and baclofen, both of which are taken as opioid substitutes.

The team collected data from the U.S. Poison Centers for the National Poison Data System and noted cases including gabapentin between 2013 and 2017, and baclofen between 2014 and 2017.

Each drug is given to patients struggling with chronic illness or painful conditions long term. Chronic pain affects over 20 percent of the U.S. population or about 50 million adults. Following the number of drug overdose deaths in the U.S. hit 70,237 in 2017, primarily caused by the opioid epidemic. Health Experts started turning to other drugs to treat these chronic conditions.

Gabapentin was created to be an anti-epileptic drug used to treat nerve pain, as well as migraines, mental illness, and fibromyalgia. According to the researchers, the drug can make users feel relaxed, calm, experience a marijuana-like “high” and even euphoria. During 2012 and 2016, the number of prescriptions for the drug in the U.S. rose by 64 percent to 64 million.

Baclofen is a muscle relaxant and antispasmodic medication given to treat spasms, pain, and stiffness, including people with spinal and central nervous system disorders. Regular use has been linked to dependence and withdrawal and overdose of the drug to respiratory depression, seizures, and heart problems. The need and demand for the pill have skyrocketed since opioid prescriptions have fallen.

Suicidal thoughts and tendencies have been directly linked to both drugs, including chronic pain. According to work cited by the team, this correlates with the suicide rate in the U.S., which raised by 30 percent between 1999 and 2016.

While the drugs were studied, reported suicide attempts after people took just gabapentin increased by 80.5 percent, and by 43 percent for baclofen.

Author of the study, Kimberly Reynolds of the University of Pittsburgh, wrote, “We are seeing a worrying increase in harmful exposures to gabapentin and baclofen in U.S. adults over recent years, which may be an unintended consequence of the move away from opioid prescriptions for pain management.”

“Building a better understanding of the risks carried by these non-opioid medications is necessary so that providers and patients can make better-informed decisions about their role in pain management—and could also lead to the introduction of new public health measures.”

Reynolds added: “Patients should discuss their concerns about taking these medications with their healthcare provider.

“This research can build a better understanding of the risks so that providers and patients can make decisions regarding the role of these medications in their pain management based upon an evidence-informed risk-benefit analysis.”

The Recover is a unbiased substance abuse and mental health news provider. Helping individuals looking for the right treatment programs in their area.