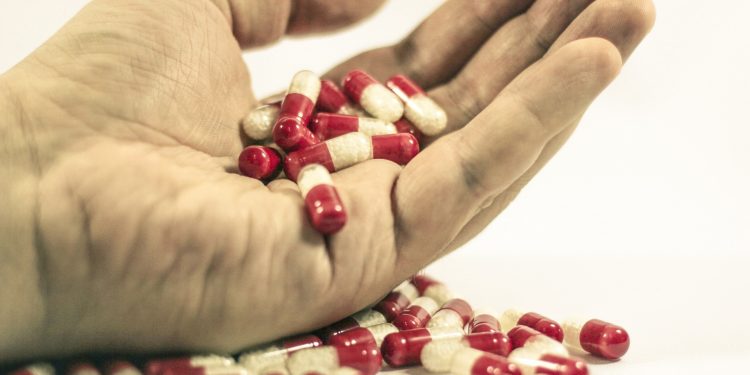 In opioids drug addiction intervention there is an ethical dilemma. The drug regulations are finding it difficult whether to put stringent regulation on needed opioids drugs and severely impede public access to these drugs for the treatment of common illnesses or continue allowing the easy availability including over the counter that will promote non-medical use and watch more deaths and disorders impact many more people globally.

The opioids drug misuse is one that is proving very difficult to control. This is because most opioids are medicinal drugs used to treat cough, pain relief, and diarrhea but they are usually diverted by unscrupulous people for misuse in addiction. Both licit production and illicit production have also been identified to cause the problem.

The World Drug Report reveals that opioid-like tramadol is a legal painkiller. But the non-medical use aspect makes it difficult for the health systems to control its distribution because it is hard for them to estimate the amounts to avail for genuine need and the clamping down of organized crime.

The consequences of opioids misuse continue to manifest in deaths, health disorders of addiction and co-occurrence with HIV/AIDS. The global deaths of opioids crisis as per 2017 was at 585000 people. Half and more resulted from complications of misusing opioids with untreated hepatitis C which resulted into liver cancer and liver cirrhosis.

The World Drug Report 2019 states that a third of the deaths were drug use disorders from HIV/AIDS and hepatitis C diseases. Two-thirds of drug use disorders were opioids misuse complications. And 42 million of the untimely deaths had lived with disability caused by opioid misuse disorders.

More data about the crisis indicate that there is a trend developing that opioids for addiction are co-occurring with HIV. About 22% of opioid drug users are always infected with HIV with very high numbers in South-West Asia, Eastern, and South-East Europe.

The opioids crisis has grown and is larger than the HIV and AIDs health problem in West Africa, the case of Nigeria. “By now Nigerians living with a drug use disorder has outnumbered, by far, people living with HIV and AIDS in the country,” stated UNODC.

It is peculiar that the media is blamed for the global opioids crisis and the World Drug Report 2019 justifies that few media stories on the opioids crisis especially in Africa are to blame.`

The governments of different countries have conducted seizures between 2013-2017  and led to the change of trafficking only with less opioid rehabilitation services. Out of the 195 countries in the world, only 56 have opioid-substitution therapy at least in one prison.

“Trafficking of pharmaceutical opioids and their non-medical use has reached an alarming state in West Africa. The availability of pain medication remains an issue in West African countries, and there is a need to strike a balance between restricting the non-medical use of pharmaceutical opioids and ensuring their availability for the treatment of pain,” stated UNODC.

The challenge of limited data which doesn’t clearly state how legally manufactured drugs end up in illegal markets needs to be solved. When intercepted though, the link is clear that opioid-like fentanyl is produced in illegal manufacturing and very little is diverted from licit production.

International intervention is required to aid the prevention of the illicit use of the opioids. The World Drug Report 2019 stated that the regulations want more data. The West Africa regional meeting elaborated that the countries should focus on gathering data through the law enforcement agencies, interagency action, and international cooperation.

Increased surveillance helped in the prevention of trafficking of tramadol from India to West Africa in 2018. Similar action was suggested including the possibilities of substituting opioids with the current pharmaceutical drugs or production of a different generation of opioids.

Irritating Compounds Can Show Up In 'Vape Juice'

Irritating Compounds Can Show Up In 'Vape Juice'