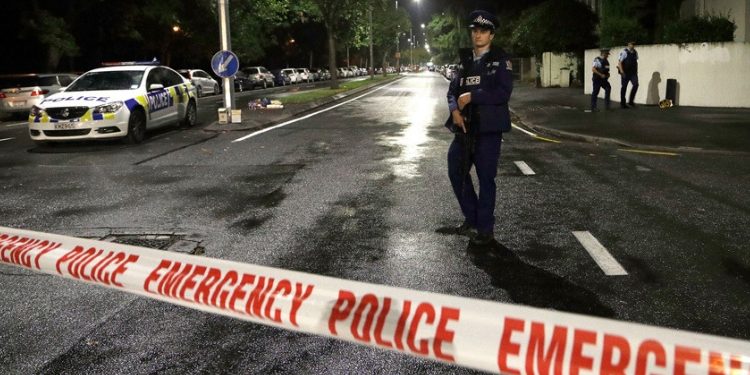 New Zealand is mourning after 49 people were killed and over a dozen were injured in shootings at two mosques. Prime Minister Jacinda Arern announced holding back tears, that “gun laws will change. “Although documents state, the suspect had a license to carry the types of guns used in deadly attacks.

According to the announcement given during a press release broadcasted around the world, investigators who first arrived at the scene found five guns that were used by the main suspect which included, two semi-automatic weapons, two shotguns, and a lever-action firearm.

Police have reported that they have arrested three people. One Australian national man in his late 20s, whom the authorities declined to name, was charged with murder and was required in court on Saturday morning.

The New Zealand prime minister has called the attack an act of terrorism that resulted in “one of New Zealand’s darkest days.” Seventeen minutes of the live video appeared on Facebook that shows cased the horrible slaughter of innocent people on sites like Facebook, Twitter, and YouTube, concerning many about the role social media plays in radicalization.

Authorities are also investigating a 74-page manifesto that has been left after the shooting that disgraced Muslims and immigrants and cites multiple right-wing extremists who have committed violent acts of terror.

During a six-minute period of video that was streamed throughout multiple media sites, the man, dress head to toe in tactical gear and a camera attached to his vest shot hundreds of rounds into dozens of people. Many who appeared to be huddled together defenselessly against the walls of the mosque’s main room, while others attempted to flee as shots rang off rapidly in every direction.

Details that defined this as a terrorist attack include the fact that his weapon had neo-Nazi symbols and multiple names of white right-wing extremist who have also committed acts of terror killing hundreds because of their ethnicity or faith. The manifesto released by New Zealand authorities outlines his motives that led to killing Muslim immigrants. Seven other people were shot to death at another mosque nearby, bringing the toll of the two attacked to 49 deaths.

Three people have been arrested in connection with the shooting.  The 28- year who is accused of being the mastermind behind the plan is said to appear in court to face murder charges. The others are still being investigated on what their true connections were, “to establish whether the other two who were arrested were directly involved with this incident.”

“This individual has traveled around the world, with sporadic periods spent in New Zealand,” Ardern said, noting that the suspect was based in Dunedin, New Zealand, at the time of the attack.

The cruel act that has saddened a country brings consequences across the globe, the President of the United States, President Trump has voiced his opinion agreeing with the Prime Minister that this is, in fact, an act of terrorism.

Gun laws and other controversial questions have abruptly surfaced. The investigation is still ongoing.