The Many Faces Of Oxycodone: Part Two 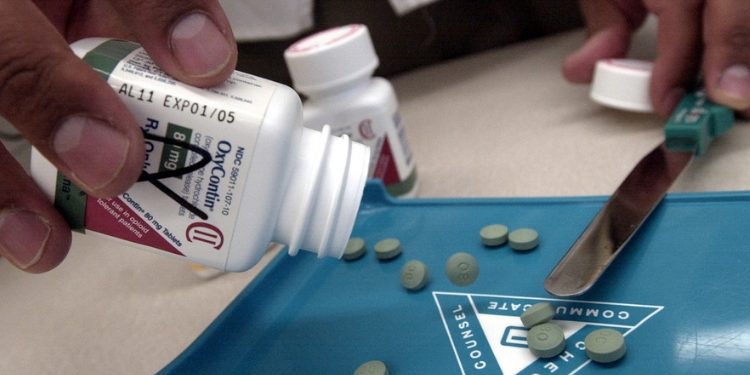 Oxycodone is an old, relatively cheap opioid first synthesized in Frankfurt, Germany in 1916. It was created shortly after Bayer ceased production of heroin, in the hope that it would be less addictive while still retaining its analgesic, or painkilling, properties. Adolf Hitler was prescribed injections of it, among other things, under the name Eukodal by his personal physician Theodor Morell following the failed attempt on his life during the nightmarish final years of the Third Reich. A new book examining Hitler’s drug use, Blitzed, contends that his ruinous decision-making was in some large part affected by what has only recently been recognized as a profound addiction to an array of powerful narcotics, of which oxycodone was prominently placed.

The drug would languish in relative obscurity for a half-century until 1995 when it was resurrected as OxyContin, a self-styled breakthrough in the treatment of chronic pain by Purdue Pharma, the privately held pharmaceutical company owned by the reclusive Sackler family. Once again, oxycodone was thought a good replacement for another common opioid, this time a popular extended-release morphine formulation with a lapsing patent called MS-Contin, also sold by Purdue.

The Sacklers first found success by selling Valium, pioneering direct marketing to doctors in medical journals, something that had not been done before in the advertising of pharmaceuticals. They touted the tranquilizer as the indispensable pharmaceutical tonic of the 1950’s onward. Using a strikingly similar method, they would once again capitalize on the intrinsic appeal of an addictive pleasure-molecule offered to the masses by co-opting doctors first.

As cheap generic morphine formulations with identical analgesic properties were set to eat into Purdue’s share of the opioid painkiller market, they conceived a novel plan to retain and expand the enormous profitability of this slice of American medicine. They would simply use the preexisting time-release technology they had developed for MS-Contin, but instead of morphine, they would use oxycodone as their active ingredient. Up until then, oxycodone was prescribed in sparingly small doses usually alongside Tylenol under the brand name Percocet. Purdue would upend this conservative dosing formula, selling single tablets that contained as much as 160 milligrams (later reduced to 80 milligrams in its highest dose), or 16 times the amount of medication in the most commonly prescribed oxycodone formulation previous to OxyContin.

Executives embarked on an aggressive marketing and influence-peddling campaign, promoting OxyContin as a safer, longer-lasting, and less addictive alternative to the opioids that were then available. Simultaneously, they began advocating an entirely new way of thinking in the larger medical community about the treatment of pain. Until then, traditional medical orthodoxy dictated only extremely conservative use of powerful opioids for fear of addiction, misuse, and diversion. This was reflected in their being prescribed almost exclusively in hospitals for end-of-life cancer pain as a palliative treatment, and in surgery.

They claimed pain was vastly under-treated in the United States, calling it the “fifth vital sign”. They paid prominent doctors to endorse this way of thinking in widely circulated promotional materials. They set about purchasing the favor of doctors, pharmacists, and hospital administrators through paid, all-inclusive conferences at Hawaiian resorts and golf courses. They advocated nothing less than a complete reimagining of the way American medicine approached pain, and their newest product would play the central role in what would prove to be a pivotal moment in the relationship between Americans and their opiates.

Perhaps Purdue’s greatest coup was in its suborning the very agency charged with keeping the American people’s safety over the single-minded pursuit of profit one could predictably expect from a drug company.

The staggering success of OxyContin was no accident, nor did it occur in isolation. A toxic symbiosis between officials at the Food and Drug Administration, the governing body responsible for overseeing drug-makers, and executives at Purdue Pharma existed from the outset. A label on the original package inserts best tells the story of the complicity between the agency and Purdue: “Delayed absorption, as provided by OxyContin tablets, is believed to reduce the abuse liability of a drug.” No evidence suggested this was true, to either the FDA or Purdue. In fact, Purdue possessed internal studies suggesting the opposite.

Purdue reaped lavish financial rewards encouraging and exploiting public misconceptions about the potential for addiction in their product. Between 1996 and 2001, sales of OxyContin increased from about three hundred thousand to almost six million prescriptions. In theory, this meant that millions were no longer suffering from debilitating chronic pain. The reality was something else entirely.

To Be Continued: Part 2 of 3 Series