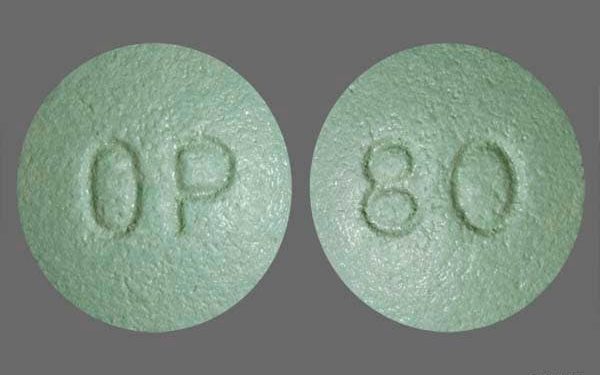 In trying to understand OxyContin, it is necessary to examine the pill itself. The ubiquitous “eighty”, so called because of its dose in milligrams, was infamously popular with addicts. Even now, five years after its discontinuation, an assortment of counterfeit pills that mimic its appearance command large prices on the black market. About the diameter of a pea, teal-green colored, and round, it had an imprint of 80 on one side and OC on the other. The pills had a green outer layer, which was easily wiped off with saliva. The time-release mechanism worked only when the pills were unbroken and intact, as the packaging insert conveniently explained. This was easily thwarted by crushing and swallowing, snorting, or injecting the powder. This enabled addicts to consume the entire 12-hour dose all at once. It was also common to see people smoking the pills on tinfoil. Notably, the process of smoking OxyContin was exactly the same as smoking heroin, and the effect was indistinguishable. The only thing about OxyContin that wasn’t like heroin, was that it was not heroin. Far removed from the stigma and negative association of heroin and IV drug use, OxyContin was perfectly positioned to beckon a totally new demographic of people to partake in the pleasures of illicit opiates.

I first encountered OxyContin when I was 16, hanging out at a friend’s house after school. He opened his mother’s safe and showed me two large translucent bottles brimming with green pills. I remember my friend’s dark warnings about not revealing their existence to anyone at school. He explained that drug addicts routinely burglarized houses to steal them. For a long time, I had an image of men in beanies gripping crowbars plotting the theft of pain medicine from the shadows of my suburban town. No one told me that instead of some anonymous criminal, it would be me that would be scheming to steal these very same narcotics.

Reminiscent of the crack epidemic in the 1980s, an increasingly frantic news media set about covering the latest chemical menace to threaten American teens, rising to a fever pitch in the early 2000s. For teens, the result of this constant media coverage was piqued interest, predictably. As with all things forbidden, OxyContin became a potent expression of our teenage rebellions. The dead rock stars we idolized all died doing heroin, Bradley Nowell from Sublime, and Kurt Cobain from Nirvana, and so on. We wanted to know what it felt like to live dangerously, and we didn’t even have to shoot heroin.

I remember the first time I tried an OxyContin with perfect, almost-digital clarity. Four of us were at that same friend’s house after a football game, downstairs on the bottom floor that was his room. He had a single 80-milligram pill from the stash in the safe upstairs. I can still hear his voice, saying, “I hear you’re supposed to snort them.”

And it was just that simple. We easily removed the outer layer of the pill, revealing a round white chunk of pure Oxycodone containing the strength of about two retail-unit sized bags of pure heroin. We cut the pill into tiny pieces with a knife, and crushed them into little white mounds of powder, finally snorting them through a rolled up dollar bill, coughing and choking as it reached up into our sinuses. Our eyes watered, and as the bitter powder made its way down our throats, we began to feel its effects. I sat down. I was in awe of this tiny pill and its power, my eyelids flickering and falling low.

Two of the four friends I was with that day are dead, succumbing to overdose as young men. All four of us battled an addiction to opiates for years.

As I look back on that day, which shaped so many of my days after, I am astonished at the circumstances surrounding it. The ease with which we, and so many others like us, acquired such a powerful, addictive drug. How OxyContin, that engine of both utter pain and total euphoria, had ever existed under the pretense of anything other than a means to get high was a mystery to most of us that fell so far chasing them.

To Be Continued: Part 3 of 4 Series

The Many Faces Of Oxycodone: Part Two