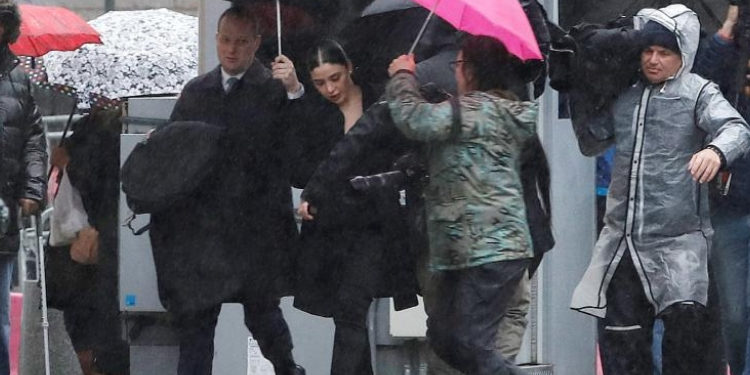 Since the extradition from Mexico, the world’s most famous cartel boss known as “El Chapo”,Joaquin Guzman Loera faces the jury Tuesday, November 13, 2018, in the most expensive and significant criminal trial in decades. El Chapo once was considered the world’s largest drug trafficker, is now being accused of heading a criminal gang and cartel that spanned across the world and exploded waves of bloodshed throughout his native Mexico.

The trial has been long-awaited before the US District Court Judge Brian Cogan in Brooklyn Federal court is said to begin with opening statements under very heavy security measures, including armed escorts for the jury and anonymous. Which Guzman has promised he wouldn’t have executed.

Leading up to the trial that is predicted to last four months, heavily armed federal marshals and officers with bomb-sniffing dogs stood outside the courthouse. The court had put up extra metal detectors to greet every visitor at the entrance to the courtroom. Also, the Brooklyn Bridge shuts down each time a police motorcade — including an ambulance and a SWAT team — shuttled Guzman to and from the Manhattan federal lockup.

Before the opening statements today, a juror wrote a letter to the judge that was read aloud to the court, which detailed her anxiety that she suffered since being selected for the jury. The defense and prosecution agreed to release the juror.

Guzman who is 61 has pleaded not guilty, although if convicted of international drug trafficking, conspiring to murder rivals, gun charges and money laundering he will be facing life in prison. During his crime wave, he allegedly earned $14 billion as a kingpin for the Sinaloa drug cartel, which he smuggled hundreds of tons of Colombian cocaine into Mexico before he shipped it to the U.S

As he grew in fame and fear among his native Mexican neighbors, he oversaw the smuggling of cocaine, heroin, methamphetamine, and marijuana to wholesale distributors in Atlanta, Chicago, Miami, New York, Arizona, and Los Angeles according to the court reports.

Director of the Justice in Mexico program at the University of San Diego, David Shirk said: “No single individual has been more consequential than Guzman in the waves of violence that Mexico has experienced in the last decade.”

The case includes testimonies of more than a dozen cooperating witness, including former cartel associates already incarcerated or who have been entered into the Federal U.S. witness protection program. The names of the witnesses and jurors have been kept confidential until the night before the trial, due to witnesses in previous cases have turned up dead.

Those testifying against Guzman are twin brothers from Chicago’s West Side, Margarito and Pedro Flores who also operated a wholesale cocaine and heroin distribution organization for Guzman before getting arrested in 2008. According to the Drug Enforcement Administration, the twins became informants for the feds and agreed to go into protective custody. The twins first became informants for the fed when they agreed to wear a wire and record phone conversations in which Guzman is herd agreeing to decrease the price load of heroin. As a result of their corporation, their father was kidnapped and killed according to a defense attorney. The Flores brothers were sentenced to 14 years in prison, four years ago. Many other witnesses have been in the same fear position and still wary of whether or not they should proceed with being involved with the case.

The Recover is an unbiased substance abuse and mental health news provider. Helping individuals looking for the right treatment programs in their area. Also providing information on Brooklyn rehab centers for addiction recovery