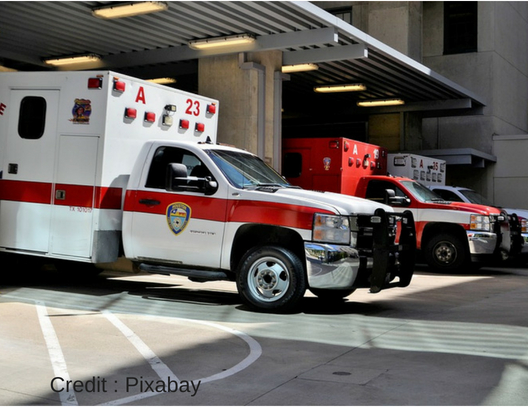 An 11-month-old child was revived this week with a dose of Narcan after ingesting her father’s prescribed Suboxone strips. The baby’s mother told authorities the father had been prescribed 8.2 mg strips of Suboxone and may have consumed some.

Tuesday Wise County Sheriffs arrived to the home just outside of Pound, after receiving a call from dispatch around 11:22am. Once the deputies made contact, the baby’s mother told police she was unsure of when the child took the medication strip or how much she had ingested.

Wise County Deputy Dalton Cress said in a press release the young girl was breathing heavily and in and out of conscience. They noticed signs of a possible overdose and administered a nasal dose of Naloxone, the generic name for Narcan.

Within minutes of receiving the dose the child became alert and her breathing improved. Emergency technicians responded following the dose and transported the girl to the hospital. Once there she was given two more doses of Narcan through an IV.

Officials from the Wise County Sheriff’s office posted on their Facebook page and said the young girls health is improving and she is in stable condition.

The case is still under investigation.

This is not the first time a young child has had to be revived using the potent opioid reversal drug. Last June, another 11-month-old baby girl from East Bay Township, Michigan, was found by her parents chewing on an unknown pill. The parents called 911 for emergency services assistance the girl was given Narcan on the scene and then transported to an area hospital before being airlifted to DeVos Children’s hospital.

Through further investigation, it was revealed that the child had ingested cocaine and an opiate at some point. After her recovery, Child Protective Services took the girl to a relative’s home in a neighboring county. The Grand Traverse County Sheriff’s detectives and Child Protective Services, sent the report to the Grand Traverse County Prosecutor’s Office.