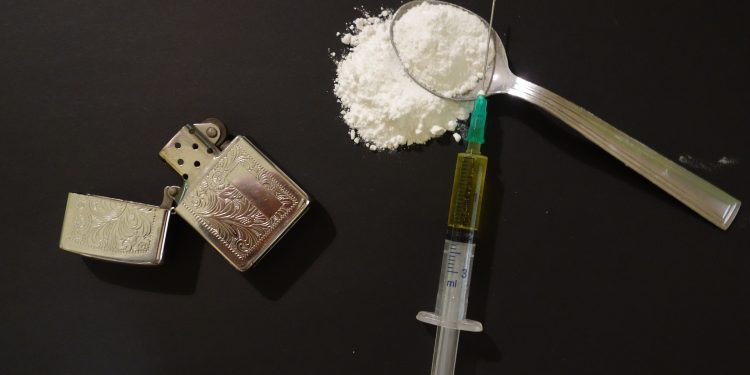 New Jersey’s drug crisis has caused drug overdoses to be the leading cause of accidental death. Over the last ten years, admission to drug treatment programs has increased over 700%. In addition to the increase, there have also been over 14,000 deaths from drug overdoses alone since 2004. The state has an over 3x higher than the nation when it comes to heroin usage and fatalities.

One city even has the name Herointown, and it is for a reason. The dangerous town exits all across the state of New Jersey, where heroin and opioid addiction have skyrocketed in the past ten years, killing over 5,000 residents and enveloping thousands more into a spiral of addiction.

According to multiple state reports, the death rate in Herointown is almost twice that of the state including the rate of infectious disease, unemployment and homelessness far surpasses any level New Jersey has seen in over twenty years.

Centers for Disease Control and Prevention reports, the increase of opioid overdoses happened in three waves: the first wave consisted in the 1990s when there was a sharp increase in the prescribing of prescription painkillers, which resulted in the rise of deadly overdoses towards the 2,000’s. The second wave came in 2010 when heroin overdoses skyrocketed nationwide. Most of the heroin users started because of prescription opioids. Lastly, the third wave was the massive rise in overdoses around the country involving synthetic opioids (such as fentanyl) started around 2013.

According to data from SAMHSA’s National Survey on Drug Use and health overall, in the state of New Jersey,  over 38,00 people over the age of 12 used heroin within the past year, the seventh highest in the nation. New Jersey also estimated that 283,000 people over the age of 12 misuses opioids with the last year, also reported in the same survey.

If someone is found in possession of heroin in the state of New Jersey will have to pay a D.E.D.R. penalty.  D.E.D.R. stands for Drug Enforcement Demand Reduction. D.E.D.R.  carries a penalty for third-degree possession of heroin is $1,000.00. If convicted, an individual could face an additional fine of up to $35,000.00.

The state has tried countless awareness campaigns to educate users and loved ones of the dangers and symptoms. New Jersey’s health commissioner went as far as to allow paramedics to administer the drug buprenorphine to victims virtually immediately after reviving them from an opioid overdose, mainly using Narcan, an opioid overdose reversal nasal spray. The number of drug overdoses due to heroin and other street drugs still fills the streets of New Jersey; however, with education and awareness, the leaders of the state hope to curb the toll quickly.