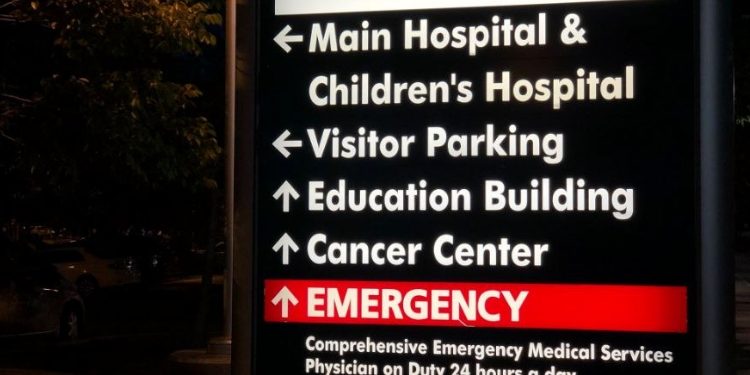 It’s starting to seem like Measle warnings and outbreaks are a regular occurrence in America today, yet again a large hospital located in Northern California is issuing an emergency warning to 200 people that may have been unknowingly exposed to the disease by a young child who showed up in the ER with respiratory symptoms.

According to the hospital’s reports, a 7-year-old girl was brought in the ER two weeks ago was showing “some symptoms of measles, but not the typical textbook characteristics of measles,” said Dr. Dean Blumberg, chief of pediatric infectious diseases at the University of California, Davis, Children’s Hospital. “Measles, when it starts, very similar to much common community associated respiratory viruses.”

Blumber explained that in some children measles could surface as a “fever, runny nose, runny eyes and cough. Also, before the characteristic rash develops, sometimes it can be very difficult to diagnose.”

With most cases like the one at U.C. Davis, one of the main difficulties in containing measles is the fact that infected people can have it for days without knowing it and come in contact with several others, spreading it even before exhibiting symptoms.

“Most cases of measles occur eight to 12 days after exposure, but it can occur up to three weeks after exposure,” Blumberg said. “Even vaccinated individuals can get measles because the vaccine is not 100 percent perfect. We need a very high vaccination rate because when measles is introduced to communities that have parents who don’t immunize their children, these clusters of cases can occur.”

Many medical experts emphasize that the cluster of cases that have been happening could be building up to worse things happening.

Before the string of outbreaks, in 2000 the disease was said to be eradicated in the states, this was considered a significant public health win.

According to the Centers for Disease Control and Prevention, before the vaccine became available around 400 to 500 people died each year, along with 48,000 hospitalized with the disease each year and 1,000 who suffered brain swelling, or encephalitis.

As vaccine-hesitancy has increased, measles has begun to appear. Just this year alone there have been at least 387 reported cases of measles in the U.S. across 15 states, published by the Centers for Disease Control and Prevention.

“It seems that we may be approaching the level where measles could be considered again to be endemic in the United States,” said Roberto Cattaneo, a measles researcher and a professor of biochemistry and molecular biology at the Mayo Clinic in Rochester, Minnesota.

“One problem is that doctors may not recognize measles right away because they’ve never seen it”, Cattaneo told NBC News. “I think doctors now will be alarmed and go back to their books and get accustomed to what it looks like.”

Doctors and medical experts are urging parents who suspect that their children might have measles should call the hospital before arriving so that they can appropriately prepare.

If someone is looking for treatment for prescription drug abuse or mental illness close to home, search “Drug Rehab Sacramento “and use the directory to find a center. For more information, please call our 24-hour hotline, CALL  (888) 510-3898